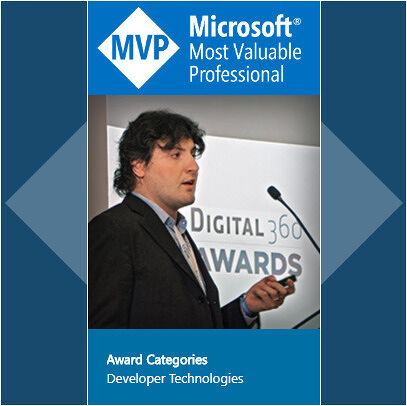 Learning full-stack development calls for knowledge of both front-end and back-end web development. ASP.NET Core 5 and Angular, Fourth Edition will enhance your ability to create, debug, and deploy efficient web applications using ASP.NET Core and Angular. This revised edition includes coverage of the Angular routing module, expanded discussion on the Angular CLI, and detailed instructions for deploying apps on Azure, as well as both Windows and Linux.

Taking care to explain and challenge design choices made throughout the text, Valerio teaches you how to build a data model with Entity Framework Core, alongside utilizing the Entity Core Fluent API and EntityTypeConfiguration class. You'll learn how to fetch and display data and handle user input with Angular reactive forms and front-end and back-end validators for maximum effect.

Later, you will perform advanced debugging and explore the unit testing features provided by xUnit.net (.NET 5) and Jasmine, as well as Karma for Angular. After adding authentication and authorization to your apps, you will explore progressive web applications (PWAs), learning about their technical requirements, testing, and converting SWAs to PWAs.

By the end of this book, you will understand how to tie together the front end and back end to build and deploy secure and robust web applications.

This book is for experienced ASP.NET developers who already possess some familiarity with ASP.NET Core and Angular and are looking to learn how to use them effectively together.

The fully documented code samples (also available on GitHub) and the step-by-step implementation tutorials make this book easy to follow.

Valerio De Sanctis is a skilled IT professional with 20 years of experience in lead programming, web-based development, and project management using ASP.NET, PHP, Java, and JavaScript-based frameworks. He held senior positions at a range of financial and insurance companies, most recently serving as Chief Technology and Security Officer at a leading IT service provider for top-tier insurance groups. He's an active member of the Stack Exchange Network, providing advice and tips on the Stack Overflow, ServerFault, and SuperUser communities; he is also a Microsoft Most Valuable Professional (MVP) for Developer Technologies. He's the founder and owner of Ryadel and author of many best-selling books on back-end and front-end web development.

Jennifer Hodges
5,0 su 5 stelle Extremely well written book for experienced developers wanting to learn something new
Recensito negli Stati Uniti il 8 luglio 2021
Acquisto verificato
I'm James, a Full Stack web developer with 25 years experience primarily programning with Microsoft Products. I have 11 Microsoft Certifications. I've done some Angular JS coding and have been trying to move into Angular 2+ for quite some time but had a hard time figuring out how to do it in a way that works well with Visual Studio 2019. I recently ran across this template written in Angular 11 against .NET 5 called "Quick App" which brought everything together in a way that I could understand. I then bought this book as a way to jump start things and I have no regrets. The author keeps updating this book everytime a new version of Angular is released and thus the book has evolved to be seriously awesome. It's one of the best written coding books I have ever read, and I have read about 100+ coding books. I'm about 2/3 through it now and its really easy for me to follow and I'm learning the proper ways to do a grid in angular (using Materials) and some good tips on reusable code using base classes and services. It's extremely well written book and geared towards a somewhat seasoned developer that wants to get another framework mastered.
Leggi di più
4 persone l'hanno trovato utile
Segnala un abuso
Traduci recensione in Italiano

Jeff
5,0 su 5 stelle This book makes learning CORE so easy
Recensito negli Stati Uniti il 9 maggio 2021
Acquisto verificato
I am a AngularJS and Angular developer, but in .NET - so I wanted to learn CORE-5 and this book is excellent. It covers every single step you need to develop a complete application. Covers so much, PWA's, Unit testing, and so much. Its a lot of material they cover in depth.
Leggi di più
2 persone l'hanno trovato utile
Segnala un abuso
Traduci recensione in Italiano

Jay G. Trombly
5,0 su 5 stelle Excellent resource for Full Stack using .Net and Angular
Recensito negli Stati Uniti il 15 aprile 2021
Acquisto verificato
I used this book to get up to speed on .Net 5 and Angular 11, and it was just perfect for my needs. The author dealt with some topics and techniques that I hadn’t had exposure to in the past, which was helpful and interesting, and there was a lot of detail and background on various topics, which really helps me understand the technology better. There is a lot of content, and it’s pretty much all useful. Very glad I purchased this book!
Leggi di più
Una persona l'ha trovato utile
Segnala un abuso
Traduci recensione in Italiano