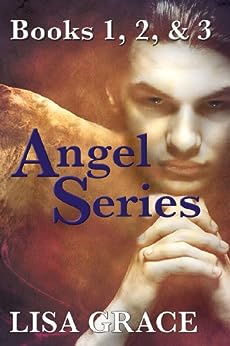 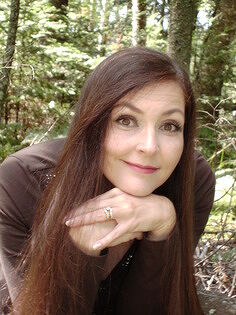 This Angel Series volume containsAngel in the Shadows, Book 1; Angel in the Storm, Book 2; and Angel in the Ice, Book 3. The Angel Series is optioned for film by Motion Picture Pro Studios, (which has been involved with five academy award winning movies), and is currently in development.

Fifteen-year-old Megan Laughlin has a gift or what seems like a curse at times--to see angels. When Judas, an evil angel, enrolls in her high school he threatens to destroy her family, friends, and classmates. Why has Judas targeted Megan and those she loves?

Angel in the Shadows, Book 1
Fifteen-year-old Megan Laughlin has a gift; or what seems like a curse at times. Megan sees angels and demons.
Megan knows her destiny is to protect her friends against dark angels who try to sway them into situations that can destroy their souls, their lives, and their eternity.
At school she recognizes an über popular boy, as a demon hell-bent on destroying her and everyone she loves. As Judas spreads horrible rumors and overdoses two of her classmates at a rave, Megan realizes the enormity of his power. While classmates die, Megan, with the help of an angel, Johnny, and a team of friends will face the fight of their lives as they battle Judas.
Megan thinks God hasn't given her any "special" powers, but discovers she has what she needs as she confronts Judas and his seemingly unconquerable power.

Angel in the Storm, Book 2
Max, Megan's younger brother, is missing. He's been sold to human traffickers in New Orleans by the evil angel Judas. Megan is soon arrested and charged with her missing brother's murder. The only way to clear her name is to find Max. With the help of Johnny, who is a good angel, and her friends, Megan is soon on the run in a desperate attempt to find and rescue Max.
When Judas offers her an impossible choice--how can Megan choose? The battle continues as lives are threatened and lost, not only by the rising waters of a hurricane, but in a climatic confrontation with Judas, and some will not make it out alive...

Angel in the Ice, Book 3
Megan Laughlin has a gift, or what seems like a curse at times, to see angels. Judas, an evil angel enrolled in her high school, tags along with her youth group on their winter-break ski trip.
While in the mountains of North Carolina, an approaching blizzard provides Judas the perfect cover-- to up the death count and gather more souls. Meanwhile, Seth discovers his gift, Sam fights his drug addiction, and Megan is confronted by Judas to deliver on her promise. Seemingly, harmless temptations have life-changing consequences for the survivors at the resort.

Lesuse
4,0 su 5 stelle Good Series! Glad I let these characters in my head!
Recensito negli Stati Uniti il 3 aprile 2015
Acquisto verificato
These books are very good. They're suspenseful and well written -- lots of twists. Good Christian drama! The characters become more fleshed out as the stories progress and you find yourself worrying about them and hoping they make good choices!! The plot complexity improves from story to story. I recommend them for adults and teenagers, though you will probably want to talk with your teenager afterwards to make sure they aren't fearful, or enamored with the idea of fallen angels. There is clear good and evil without being too preachy. Personally, I kept wanting to tell Megan to NOT listen to Judas, to stop speaking with him, but I believe that teenagers will identify with her reasons for her actions. There are two drawbacks for me. First, this is a series and only Book 4 is available after reading this set. I emailed the author and she assured me that Book 5 is on the way soon! Also, I wish they were longer. None of the books are 200 pages even, which for a reading addict is barely the appetizer and 1st course, and I just wish for MORE! Glad I read them.
Leggi di più
Segnala un abuso
Traduci recensione in Italiano

Texas Eve
3,0 su 5 stelle Angels Everywhere
Recensito negli Stati Uniti il 14 maggio 2013
Acquisto verificato
This is a good basic theme for those interested in the genre. I would give the storyline a 4. However, I struggled getting through it and almost gave up on it. That would be a very rare circumstance. The writing is poor or at least this style was unappealing to me. Sentences were often short and choppy with an occasional "big" word thrown in to impress. For me it was like reading a freshman or sophomore high school English paper. At that level I would have given the student an A. There was good flow to the story. Characters had some depth. I can see why it would be an appealing subject for a movie. Grace has a story to tell. Now she needs to work on improving her craft.
Leggi di più
Una persona l'ha trovato utile
Segnala un abuso
Traduci recensione in Italiano

Melissa
4,0 su 5 stelle The Angel Series
Recensito negli Stati Uniti il 15 gennaio 2014
Acquisto verificato
While I really did love these books and couldn't put them down, there are 2 reasons I can't rate them w/ 5 stars. First, the books are FILLED w/ grammatical errors and punctuation errors. Not just one or two like you'd find in any other book. There are literally errors on just about every single page. When I PAY for a book (or in this case 3!) I really expect it to be perfect! The second reason I couldn't rate these books any higher is b/c the 4th and 5th books were both supposed to be out by 2011 & 2012...It's now 2014 and those books are still not out. The storyline in all 3 books was really good and even though I'm not a teenager I really did enjoy reading them.
Leggi di più
2 persone l'hanno trovato utile
Segnala un abuso
Traduci recensione in Italiano

kbertch
4,0 su 5 stelle Angel Review
Recensito negli Stati Uniti il 15 aprile 2014
Acquisto verificato
Each story in the series was complete, but left an opening for the next book until the 3rd novel. While the story had an ending it still left the crisis unresolved. While I enjoyed this series a lot, I was disappointed when I looked for the next novel in the series and could not find it. If Amazon is going to offer a series of stories it should warn the buyer in advance that the series offered is incomplete. The characters are interesting and the events thrilling.
Leggi di più
Segnala un abuso
Traduci recensione in Italiano