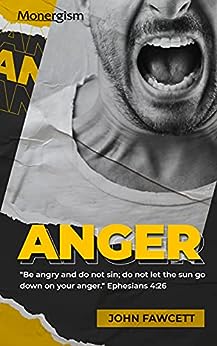 Ungoverned anger is a prolific source of harm to human life. Many of the scenes of public calamity and private distress which strike us with astonishment and horror, have originated from this direful spring. It is this which has overspread the earth with blood and slaughter it is this which has so often filled the poisoned bowl, loaded the murderous pistol, and pointed the assassinating dagger. It has through successive ages furnished ample materials for the poet's tragic muse, and the orator's pathetic declamation.

The wrath of princes has embroiled kingdoms in war and bloodshed. It has subjected nations to continual frights and losses, and made death and terror continually to walk about in their most horrid forms. Then what desolation reigns! Rest is disturbed, property destroyed, families are broken, friends are suspected, enemies are feared, laws are trampled upon, commerce is ruined, business is neglected, cities are wasted and filled with heaps of slain!

The wrath of priests has deluged the church in blood, the blood of those of whom the world was not worthy. It has slain its thousands and its tens of thousands. Detestable bigotry, what have you done! Cruel superstition, unhallowed rage, what havoc have you made in the fold of Christ! Nothing can be more remote from the genius of the gospel of peace, from the nature of the religion of love, or from the precepts and example of him whose name is the Prince of Peace, whose nature is love, whose first and great command is charity, and who has left us an example of meekness and lowliness of heart.

The miseries and mischiefs occasioned by lawless anger in private societies, and domestic connections, are without end. Where envying and strife are, there is confusion and every evil work. The disunion of nations, the breakup of families, and the disquietude of neighborhoods, arise in general from ungoverned anger—that root of bitterness, that fruitful source of human woes.