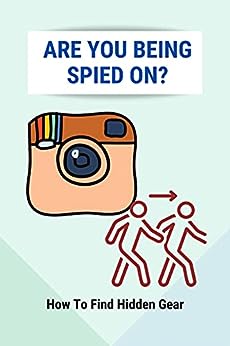 Are You Being Spied On?: How To Find Hidden Gear: What Spy Cameras Look Like (English Edition) Formato Kindle

Is someone spying on me?
There are countless different ways in which someone can secretly spy or eavesdrop on you. Fortunately, there are also many signs of surveillance that can uncover hidden cameras or microphones in your home, office, computer, car, or cell phone. It is not paranoid to take precautions. A lot of spy gear is detectable if you know what to look for.

Look for anything in your surroundings that appears disturbed, out of place or odd. Surveillance can be done by more than clunky nanny cams. It can be conducted with wireless microdevices - some as small as a postage stamp - that can be stashed in hard-to-spot places such as inside clocks, light fixtures, and air vents.

Be wary of anything with an inexplicable hole in it, such as a hole drilled into a hair dryer mount in a hotel bathroom. And scrutinize any wires trailing out of something that’s not obviously electronic, such as a desk, a bookcase or a plant.