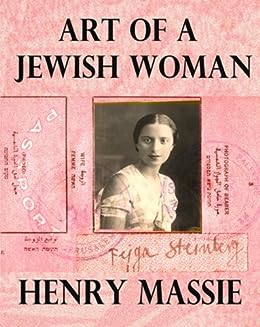 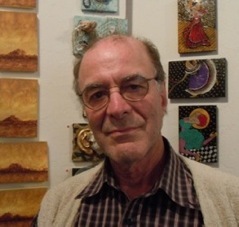 First she escaped the Holocaust and the poverty of the shtetl. After that, she moved in many worlds. And in every one she made her mark.

"Henry Massie never blinks as he creates an astonishing chronicle of a life in diaspora. Only a son could capture this passionate spirit, who escaped both Adolf Hitler and Joe McCarthy." -Patty Friedmann, author of Too Jewish

Art of a Jewish Woman is a memoir and biography of Massie's mother, a brilliant and beautiful woman who escaped the Holocaust and participated in many of the most critical periods of the 20th Century. One part historical biography, weaving World War II era European cultural relationships with the history of Modern Art, and one part inspirational romance, it paints a vivid portrait of Felice as an indomitable spirit, her boldness and resilience a beacon of hope.

"The most clear expose on the Holocaust and European history that I've read outside of text books ... A mesmerizing, rare and unforgettable read." -A Bookish Libraria

"A biography that chronicles an amazing life ... Vivid rather than stuffy." -A Universe in Words

From the author:
I had listened to my mother’s tales all my life and wanted to share them. She was an escapee from a Polish shtetl wiped out by the Nazis, a high-school political activist in Lithuania, a university student in France who lost her first love tragically, a partisan for Arab-Jewish co-existence in Palestine who was caught in the first intifada in 1936, and a penniless arrival to America in 1937.

Yet when she died she had amassed one of the most important collections of Modern Art in the world and was a university lecturer on the subject.

When she was lecturing on modern art at Washington University in St. Louis, Missouri, young women flocked to her. She advised them on their love-life and mentored them in their education. She never spoke of the Feminist movement, however one of her college students said height of feminism in the 1970s, "She was the quintessential modern woman. That short hair [like Audrey Hepburn's], those clothes [colorful folkloric during the day, black skirt to the knee with a black top in the evening], that lovely petite body with the big brown eyes. She was alive, forceful, independent and challenging."

In writing about her, I understood for the first time how her experience of losing loved ones to the Nazis had been passed on to her American son.

But as a psychiatrist, I was drawn to Felice’s story because it shows so much resilience in the face of terrible emotional trauma. Her life dramatizes how just keeping on through days of having nothing but a belief that "someday I will have something," can be a powerful survival tool.

Excerpt:
Inside the stone building, a British officer examined passenger's travel documents. When Felice's turn came, the crisply uniformed colonel looked at her bare shoulders and her short beige and cream linen dress. A marriage certificate issued the day before by a rabbi in Beirut said they were husband and wife. The man looked malnourished. He had a red beard and long ear-locks, and large spectacles covered his face. His black suit was all dusty, and his head was covered with a large Hassidic black fedora. The couple did not speak to each other. The colonel was under orders to do his part at the border to stop the flow of illegal immigrants into Palestine. He asked Felice first in English, which she didn't know, then in French, "Are the two of you married?"

"Yes, of course," she answered him.

"What language do you have in common?" he continued, probing the ruse.

But Felice and her newly certificated husband had no language in common. He spoke Arabic and Hebrew, and she Polish, French, German, Yiddish, and some Russian. "The Language of love," she said in perfect melodious French, not missing a beat, flirting with the colonel.

Wesley
2,0 su 5 stelle A Personal Eulogy
Recensito nel Regno Unito il 18 novembre 2014
Acquisto verificato
This is a difficult book to review. It reads as a labour of love as a son details the struggles, successes and achievements of his mother. There are useful and informative sections about the persecution of Polish Jews, the Holocaust, the Russo-German conflict,and the Second World War. Felice, the mother, studies in France and qualifies as a dentist. She leaves Poland and escapes temporarily to Palestine before emigrating to America. She settles in St Louis, marries a surgeon, acquires a modicum of wealth and creates a private art museum specialising in modern abstract art.
The mother is a left wing intellectual whose life revolves around her family, her politics and her love of abstract art in which she becomes an expert and renowned lecturer. She lives to the grand old age of ninety seven.
Henry Massie, the author, with the assistance of his wife, has obviously devoted a huge amount of love, time and effort into compiling this biography and, no doubt, it has given him a huge degree of satisfaction.
However, my major reaction is one of boredom. The tale seems unending, the detail excruciating, the climax rambling. It is a memoir, a family remembrance, a reminder of a particular family's Eastern European Jewish heritage. There is no attempt to draw the uninvolved reader into actually caring about Felice's struggles. The writing is pedestrian and unimaginative. There are too many facts and too little flavour. The reader is an outsider looking in, immune from any emotional involvement.
If I were a family member I would love it. Since I am not, I don't.
Leggi di più
Segnala un abuso
Traduci recensione in Italiano

chris
4,0 su 5 stelle Ignore the silly title, this book deserves to be read!
Recensito nel Regno Unito il 28 novembre 2014
Acquisto verificato
Appallingly weak title (and misleading because the woman in question did not identify herself as supremely Jewish) for what is a well written and informative biography about the authors Mother.

This book is well worth reading but the author and publishers really should change the title, it does the book no favours at all.
Leggi di più
Una persona l'ha trovato utile
Segnala un abuso
Traduci recensione in Italiano

rappius
5,0 su 5 stelle a real page turner
Recensito nel Regno Unito il 14 febbraio 2015
Acquisto verificato
This is a fascinating story of a woman's life from the Beginning of Fascism to the present day. I wish I had met her but she was probably intellectually my superior. I enjoyed every word of this superbly written book.
Leggi di più
Segnala un abuso
Traduci recensione in Italiano