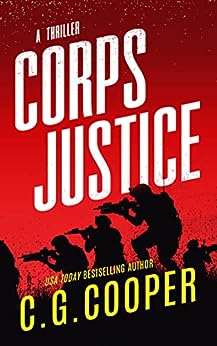 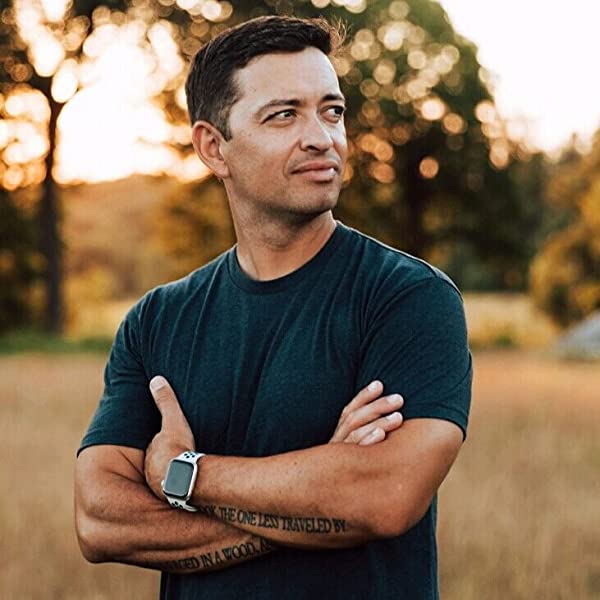 BUT IT'S THE FIGHT FOR HOME THAT WILL TRULY TEST HIM.

NOW YOU CAN OWN PART OF THE ROYALTIES GENERATED FROM THIS BOOK. VISIT AUTHORMINT.IO FOR INFO.

Navy Cross recipient Cal Stokes returns from war a humble hero, ready to live out his days in peace. If only it were that easy. Evil soon rears its ugly head and plunges the Marine into the fight for his life, casting him into the darkness. When he comes to, he must use his well-honed skills to take the battle to the enemy, to fight for what is right. He must seek his own brand of justice, laws be damned.

The Corps Justice series has over fifteen books in total and running, plus multiple spinoffs with its most popular characters. The series has earned thousands of five-star reviews and has been downloaded millions of times to Kindles all over the world.
If you enjoy page-turning thrillers loaded with twists, brotherhood above all else, a staunch moral code and non-stop action, Cal Stokes and his unique brand of Corps Justice is for you!

Readers are saying...
"Cooper got me hooked in the first chapter."
"One of the absolute best fiction books dealing with military fiction I have read in a very long time."
"I can't say that I have enjoyed any series as much as this one."
"Boy is it hard to work when a book is this good. Hard to go to sleep in time."

When asked what authors they read when they're not in C. G. Cooperland, they mentioned David Baldacci, Mike Ryan, Brad Taylor, Ted Bell, Jason Kasper, David Archer, Andrew Watts and Leo J. Maloney. It's great to be associated with such an amazing cast of writers.

We're not just a list of books around here. We're a family of readers who come together to share a common bond. Why don't you join us? We'd love to have you.
Semper Fidelis,
C. G. Cooper

Avid Kindler
5,0 su 5 stelle Never mess with a Marine
Recensito nel Regno Unito 🇬🇧 il 1 aprile 2017
Acquisto verificato
Good characters, Non-stop action that makes you want not to be interrupted. I finished it in a day, and immediately started on book 2. (I also have 3 and 4 teed up ready.)

The series name "Corps Justice" refers to the Marine Corps ethos that has been carried over into a security organisation set up by a retired Marine Colonel. The central character is Cal, the Colonel's son, another marine used to fighting against the odds - a hero, but by no means invulnerable or infallible.It's interesting to see his character develop and to learn more of his background.

There were a couple of eccentricities of layout (at least in the Kindle edition) - the first paragraph of each chapter was double spaced; and dialogue was presented as in a dramatic script - with the character's surname in bold caps, followed by the dialogue. I didn't much care for these oddities, as I found them mildly distracting - but not enough of a distraction to stop me reading. I'm glad to say subsequent books have a conventional layout.

Ceri Daniels
3,0 su 5 stelle I liked the outline of this book and the concept was ...
Recensito nel Regno Unito 🇬🇧 il 27 maggio 2015
Acquisto verificato
I liked the outline of this book and the concept was excellent. However it was written like a film script or a play and it lacked background on the characters and seemed to stagger from one set to another- I kept on picturing someone shouting 'Lights,Camera, Action'. Sadly in its current format it lacks enough depth to become a film.
It did not come together as a script for a book which is a pity as with a few tweaks and a little proofreading I would have given it at least a 4 star rating. I would hope the next books in the series are better but I suspect they are also written like film scripts and I suspect that is what the author does- work with film scripts on a daily basis. It could have been a groundbreaking series - sadly it missed a lot of background information on the marine corps which the company seems to base its 'moral values' which would have improved the style of the book.
Leggi di più
Una persona l'ha trovato utile
Segnala un abuso
Traduci recensione in Italiano

Amazon Customer Eliza
5,0 su 5 stelle Fascinating
Recensito nel Regno Unito 🇬🇧 il 26 luglio 2018
Acquisto verificato
I have found my new series. Corps Justice looks to be a fascinating ride. A cast of characters mainly ex marines but such a diversity of personalities. Their belief in justice with a moral code in order to get justice where the system seems to be unab!e to do do.
I look forward to continuing this journey
Leggi di più
Segnala un abuso
Traduci recensione in Italiano

JED
5,0 su 5 stelle Stunning!
Recensito nel Regno Unito 🇬🇧 il 25 aprile 2017
Acquisto verificato
Found this novel by accident but I am so glad that I did...brilliant story arc and a unique way of delivering the concepts.
Wonderful characters and a interesting perspective on security/ military service.
Can't wait to get the next in the series!
Leggi di più
Segnala un abuso
Traduci recensione in Italiano