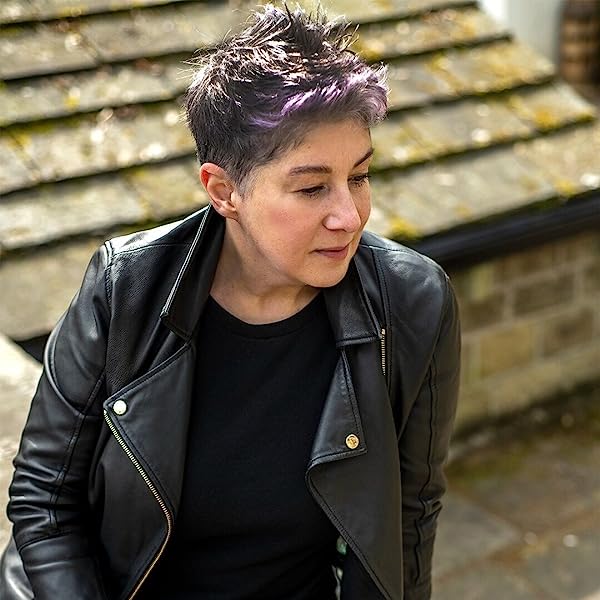 S. Naomi Scott
5,0 su 5 stelle A beautiful, magical confection.
Recensito nel Regno Unito 🇬🇧 il 12 marzo 2019
Acquisto verificato
It's taken me twenty years to get around to reading Chocolat by Joanne Harris, and now that I've finished it I'm determined not to leave it as long to read the rest of the series.

The story follows chocolatier Vianne Rocher as she arrives in the small Catholic town of Lansquenet with her daughter, Anouk, and sets about opening and running a chocolaterie during the period of Lent. At first the locals are cautious and in some cases even hostile towards Vianne, but slowly they begin to frequent her shop, much to the chagrin of the local priest, Père Francis Reynaud. Enflaming Père Reynauld's anger even further is the arrival of a group of river gypsies, who the locals see as trouble but who are openly welcomed by Vianne and the town's matriarch, Armande Voizin.

The narrative alternates between Vianne and Reynaud's points of view, and quickly establishes the conflict between the staid rigidity of Reynaud's religious beliefs and Vianne's more whimsical openness. The Père sees Vianne and her chocolaterie as a force of evil, invading and corrupting his flock and his town, while Vianne herself simply wants to settle down with her daughter and spread a little happiness.

There's a fair amount of magic in this book, but it's a subtle magic, a magic of the heart and the soul. Vianne is able to read her customers, identifying their favourite confection with almost absolute perfection. Through the narrative we learn that her mother was a card reader, constantly in fear of a shadowy figure known simply as the Black Man. This fear resulted in Vianne and her mother being constantly in motion, never staying in one place for long. Even after the death of her mother Vianne has felt the need to keep moving, dragging her daughter along behind her despite a desire to eventually settle down.

Secrets also play a large part in the narrative. Père Reynauld's secrets darken his religious fervour and guide his conflict with Vianne. Then there's the mystery of Vianne's past, a subtle suggestion that perhaps her mother may have stolen a child and made that child her own. The townsfolk have their own secrets, some shameful, some upsetting. As Vianne gains the trust and friendship of the town some of those secrets are brought to the fore, bringing conflicts with them.

It's a long time since I saw the movie so I can't make any sort of reasonable judgement between the two. What can I say with certainty is that this is a book full of emotion and one I will carry with me for a long time. A solid five stars.
Leggi di più
11 persone l'hanno trovato utile
Segnala un abuso
Traduci recensione in Italiano

SusannahB
4,0 su 5 stelle Enjoyable Magical Realism
Recensito nel Regno Unito 🇬🇧 il 29 aprile 2019
Acquisto verificato
Vianne Rocher, with her arresting good looks and her air of mysticism, arrives in Lansquenet-sous-Tannes with her six-year-old fatherless daughter and rents an old bakery which she converts to a boutique chocolaterie and which she names 'La Celeste Praline'. Although Vianne has opened her shop during Lent, a fact which greatly offends and annoys the local priest, Father Reynaud, her artisan chocolate is so tempting that many of the locals are irresistibly drawn to her shop, where they find themselves indulging in what Vianne refers to as their 'favourites'. However, Father Reynaud becomes increasingly incensed by Vianne's lack of piety and of her blasé attitude towards the Catholic religion and he resolves to do whatever he can to ensure that her business will not succeed. Fortunately, Vianne has made friends with some of the locals, one of whom is the indomitable eighty-year-old widow, Armande Voizin, who has no time for Father Reynaud and who knows a secret from his past life - and Vianne, who has secrets of her own and certain magical powers she learnt from her mother, is determined that the priest will not drive her out. However, when a group of river gypsies arrive and Vianne becomes friendly with the good-looking, red-haired, pony-tailed Roux and his fellow boat dwellers, Reynaud’s antipathy towards Vianne and the river gypsies soon reaches crisis level…

Full of wonderful descriptions of situation and setting and of the delicious, mouth-watering confections that Vianne creates for the inhabitants of Lansquenet, this novel of magical realism made for a very enjoyable read. All of the characters are interesting to read about and their lives are very well-depicted - and although there are aspects to the plot that require the reader to suspend their disbelief at times, as a whole I found this an entertaining and page-turning read. I first read this many years ago when the novel was originally published and noticing that Joanne Harris has recently written the fourth instalment in the ‘Chocolat’ series, I thought I would re-read this and its sequels before starting on the latest ‘The Strawberry Thief’. I was wondering whether, so many years after the first reading, I would find ‘Chocolat’ as enjoyable now as I did then and I’m pleased to say that I did; I am now keen to reread and review the second in the series: ‘The Lollipop Shoes’.

M. J. Gilfedder
4,0 su 5 stelle Very good
Recensito nel Regno Unito 🇬🇧 il 7 aprile 2020
Acquisto verificato
I really like the authors style of writing, her descriptive powers are fantastic, bringing the food, characters, setting to life. It's an original, stylistic book that is very enjoyable. However, her portrayal of the local parish priest is off-putting and I would hate to think he is the template for every priest. He is an interesting character and the Catholic church should not be immune to criticism, far from it, but Reynaurd does not represent the vast majority of good priests. I just felt this aspect of the book was overdone. But it's a very well crafted novel and I look forward to reading more of Joanne Harris in the future.
Leggi di più
2 persone l'hanno trovato utile
Segnala un abuso
Traduci recensione in Italiano

Rani
3,0 su 5 stelle 3 Cosy Stars
Recensito nel Regno Unito 🇬🇧 il 25 aprile 2020
Acquisto verificato
There are a lot of intricate and interweaving strands in this book. The pacing is gentle but it works.

I can see myself picking this up again at some point.

Augustina Yaffle
5,0 su 5 stelle Love! Love! Love!
Recensito nel Regno Unito 🇬🇧 il 23 aprile 2020
Acquisto verificato
This is a truly beautifully written story. very subtle and it evolves so naturally with each character tying in to another and being interesting in their own right. For anyone who has seen the film but not yet read this, please read it, there are differences and changes in the film that are not good compared with the original story. The book, as is often the case, is far superior in it's storytelling and characterization. The descriptive nature of this book is genuinely mouthwateringly good, I can't praise it highly enough. After reading this I couldn't wait to read the next instalment, The Lollipop Shoes, also a wonderful read. Highly recommended.
Leggi di più
Segnala un abuso
Traduci recensione in Italiano
Visualizza tutte le recensioni