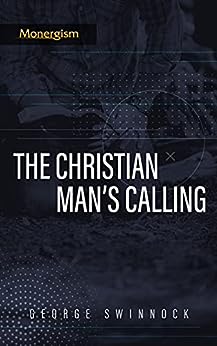 But refuse profane and old wives' fables, and exercise thyself unto godliness. —1 TIM. 4:7.

THE unclean spring of ungodliness divideth itself, like the third African gulf, into two main cursed channels, atheism and superstition; in one of which all the children of men swim by nature, and very many, as the silly fish, down the streams of Jordan, till they descend into the lake of Sodom, the dead sea of hell, and perish. Which of these two passages are most fatal and perilous, seems worth our inquiry. The waters in the former stream are deepest; atheism denieth the very being of God, but to prevent sinking in these waters, nature herself hath provided some skin-deep bladders; for though there be many atheists in practice, yet there be no atheists in principles. The being of a deity was so fairly written on the tables of man's heart at first, that though it be exceedingly blotted and blurred by the fall, yet it is still legible. Those heathen, as Caligula and others, who endeavoured to extinguish that candle of the Lord, which shewed them a first cause, or being of beings, could never accomplish it. It is a part of that law which is written in all men's hearts, Rom. 2:15. The orator could say, That no nation was so barbarous as to deny the being of God. Tullus Hostilius,3 third king of the Romans, who derided his predecessor Numa's sacrifices, saying, that religion did but effeminate men's minds, did himself, as Lactantius in Instit. observes, worship the god Fear. Idolatry is a clear proof that all men believe a deity, otherwise they would never worship, not only the sun, as the Masagetes; but dead men, as the Grecians; whom their governors would appoint, as the Romans; cats, dogs, and horses, as the Egyptians; and anything rather than nothing. Though there be, saith a learned author, nations without kings, without laws, without clothes, yet there are none without a god. When man fell, this truth stood.

The waters in the latter stream are not so deep, but they seem more dangerous; for nature is in some respect a friend to superstition, though an enemy to atheism; it would give God some worship, but it must be in its own way. Atheism denieth the being of a deity; superstition undermineth the authority of God. The atheist would have no God, the superstitious would be his own God; his will, not God's word, is the rule of his worship. In this gulf hath many a soul been swallowed up. The atheist turneth to the left hand, the superstitious to the right hand, but he must turn to neither that will keep his feet from evil, Prov. 4