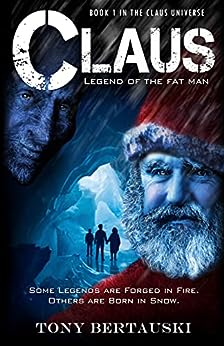 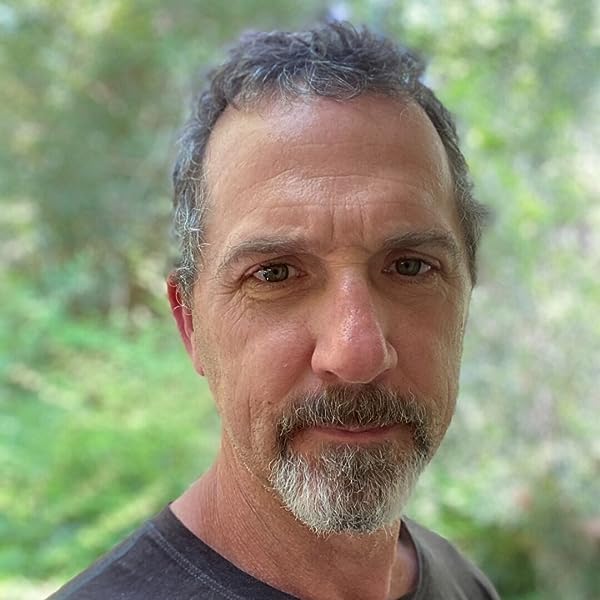 The 1st novel in the Claus Universe. The stories you never heard...

In the early 1800s, Nicholas Santa discovered an ancient race of elven.

Short, fat and hairy, they have lived peacefully on the North Pole since the Ice Age but Nicholas is quickly swept into the colony’s first and only fracture. The elven known as the Cold One has divided his people. His name is Jack. And Jack’s tired of hiding. Why should they live in a shrinking ice cap when humans occupy the rest of the world?

There’s no stopping Jack from world domination until Nicholas Santa, the only human to enter the elven colony, joins helium-bladder reindeer, artificially-intelligent snowmen, and a merry band of big-footed elven to bring peace back to the North Pole.

And becomes a legend.

REVIEWS FOR THE CLAUS UNIVERSE

Chris Wells
5,0 su 5 stelle An Imaginative Retelling Of The Legend Of Santa Claus.
Recensito nel Regno Unito 🇬🇧 il 29 febbraio 2020
Acquisto verificato
With this book, and the wider series, Tony Bertauski gives us the ‘real’ story behind some very well known stories. As the title suggests this story looks to tell the tale of ‘the fat man’ that visits every Christmas Eve. The author gives us a very imaginative story full of fascinating characters, some with names such as Tinsel, and he weaves so many different parts together to create a very different story to the one we all think we know of Santa. There are lots of great little explanations about how ‘the fat man’ can do what he does each Christmas time that are extremely good fun. It took awhile for me to get into but I stuck with it as the characters and story were very entertaining. By the end of the book I was so glad I finished it. A really clever story that takes just about every element we know of Christmas and spins it into something very new and very different. Overall, I enjoyed this book a lot despite taking a while to really get into it but that could be more to do with me than the story. I’m looking forward to reading the other books in the series, although I understand they are all separate stories and don’t follow on from each other.
Leggi di più
Segnala un abuso
Traduci recensione in Italiano

Although the worldbuilding is the main charm, the writing is competent. There's an attempt at providing distinct characters with strong voices - most obviously successful with the main antagonist, who is pretty funny without losing his menace. In places the writing falls into the telling-not-showing pitfall, with a few too many pauses to deliver information through internal monologues that could have been achieved more skilfully in other ways. I don't remember noticing many spelling or grammar errors, though there are a fair few times when the author uses big font to represent shouting, which felt kind of silly.

Overall, it definitely kept me amused, and it delivered well on the main concept. Even better, no reindeer die.
Leggi di più
Segnala un abuso
Traduci recensione in Italiano

Angel Cross
5,0 su 5 stelle A new twist on the story of Santa Claus
Recensito nel Regno Unito 🇬🇧 il 17 settembre 2022
Acquisto verificato
Not every family has sunshine and rainbows all the time, far from it for most. This story shines a whole new light to the characters of olde in relation to Santa et al. Jack Frost is Claus' brother and their mother has endured tragedies and sadness. The elves do their best to hold things together and the mood is frosty at best.
Leggi di più
Segnala un abuso
Traduci recensione in Italiano

Anne Arnold
5,0 su 5 stelle Santa meets Claus
Recensito nel Regno Unito 🇬🇧 il 4 gennaio 2015
Acquisto verificato
This was a real page turner (click on the Kindle). It was a free book and as I am in the habit of downloading lots of free books, this was just another one to take.
However, once I started the story I couldn't put it down and much to my surprise and delight, there are two further books in the set.
Jack is a character I'm keen to find out more about but hope the book doesn't show him to be an angst driven elve, rather that he really IS that bad hahahaha.
The mixing of the tales and the weaving of the story is really very clever.
I'd say anyone teen aged and above would enjoy this. Not a heavy book. A very light but enjoyable read.
Characters are well plumped out - you'll understand the in joke when you read the book.
Nicely paced and well thought out.
Looking forward to reading the next two books.
Leggi di più
2 persone l'hanno trovato utile
Segnala un abuso
Traduci recensione in Italiano