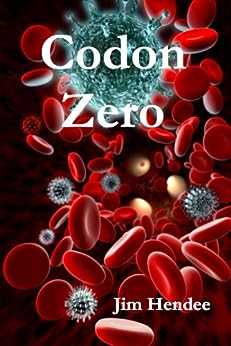 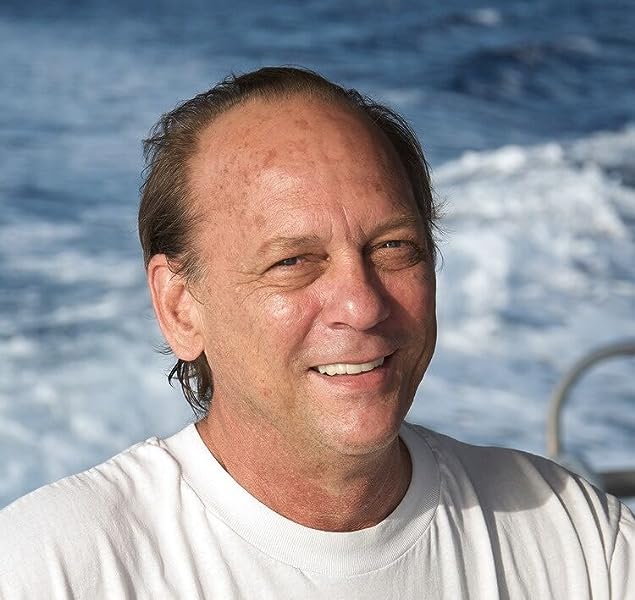 Edizione Inglese di Jim Hendee (Autore) Formato: Formato Kindle
Visualizza tutti i formati ed edizioni
Sorry, there was a problem loading this page. Try again.
Jason Stouter, a U.S. intelligence officer forced into retirement by the Mossad, confronts an old nemesis, Kahlil Zufar, during a Middle East conflict final solution. A secret group of genetic engineers tricks Jaason into embarking upon blackmail of Israel and the Arab nations to achieve peace throughout the Middle East. The geneticists engineer a very selective virus, but Jason's nemesis hijacks the virus for his own purposes, imperiling the mission for peace. Through the cooperative efforts of his friend in the FBI and two sexy but dangerous women he meets along the way, Jason now has to stop the spread of the virus yet allow the dream of peace to go forward. Through the Florida Keys, Jackson Hole, Boston, Israel and Jordan, Jason struggles to find out why Zufar needs to wield the deadliest weapon the Middle East has ever seen to realize his ultimate vision.
Leggi di più
Previous page
Next page

Jack H.
5,0 su 5 stelle Loads of Zeros after a One
Recensito nel Regno Unito 🇬🇧 il 29 maggio 2014
Acquisto verificato
This book was quite gripping. After a bit of a slowish start, the author began to develop the characters in a very clever way. There were some twists and turns, possibly a little predictable towards the end, but well worth reading. Well done Jim
Leggi di più
Segnala un abuso
Traduci recensione in Italiano

Alexander
4,0 su 5 stelle Fiction but it might happen
Recensito nel Regno Unito 🇬🇧 il 25 gennaio 2013
Acquisto verificato
Set a few years into the future this is a very possible and scary scenario for genetic engineering, once started cold not put it down.

JoanneG
4,0 su 5 stelle Intense Thriller about the Dangers of Genetic Engineering
Recensito negli Stati Uniti 🇺🇸 il 17 gennaio 2016
Acquisto verificato
This was an intense story primarily because of the science aspect. I liked all the spy stuff and it was interesting to see the interactions between various intelligence agencies. I loved the relationship between Jason and Sali. They were both intelligent, experienced, and had complete trust in each other.

The idea of small groups of people with power and money having access to the science and technology to create biological weapons is terrifying. I have no doubt this is actually happening in the world right now. Even though they had good intentions, the power wielded by the Dalton Gang is still morally wrong. Their little group decided how the world should be and created a weapon to make it that way. I don't know if the ends justify the means. They basically carried out biological warfare against groups of people. They had to know their creation would be hijacked by others and that mutation was always possible. That is the scary part. Research is going on all over the world into gene therapy and gene manipulation with the best intentions--to cure disease, to end suffering, to make the world a better place. It reminds me of the scene from "the dinosaur movie" where one of the characters says that they took the work of others and used it to suit their purposes. That is exactly what terrorists will do with this technology.

It's a moral dilemma. The Dalton Gang did what it did for what they thought was a very good reason. Unfortunately, terrorists do what they do for what they also consider to be good reasons, and this book also told us that story by adding in the character of Zufar. There is no turning back science, however. The genetic code has been cracked and is available to anyone with a scientific background. Who knows what horrors they are cooking up?

I liked the way each chapter started with "Breaking News" because it showed how vitally important the roles of the characters were in the overall world picture. I especially liked the one that talked about women taking to the streets, against religious and political rules, to demonstrate for peace. Of course, that also helped to spread the disease, but the effects of the disease allowed them to do it in the first place.

This was a very good book with a terrifying message about the potential uses of genetic manipulation. I thought that was the main purpose of the book. All the intelligence, weapons, agents and double agents were part of the secondary storyline, even though it included the majority of action, conversation, planning, and violent confrontations. Genetic manipulation was shown as both good and bad and the consequences of each were shown. The world has moved one more step forward in its ability to destroy itself.

The only reason I am giving it four stars, instead of five, is because of the way the book ended. Once again, someone used genetics to achieve a purpose he believed in. The characters in the book seemed to think this was a good thing (which, over the long-term, it would be) without considering the immediate consequences to the world. It would be in chaos and more people would die. The action solved one problem, while creating another huge one and the characters seemed to take that pretty lightly. One of the last scenes of the book talks about one of the characters getting into his car and driving home. It didn't seem that he was thinking that doing so would become increasingly rare in the days ahead.

Also, very few people suffered any consequences for their actions. The Dalton Gang was still out there doing its thing. Jason helped bring the situation under control, but he suffered no consequences for starting the whole thing. Did he have a good reason? I'm sure it seemed that way to him, but in the words of another movie character, "The needs of the many outweigh the needs of the few or the one".
Leggi di più
Una persona l'ha trovato utile
Segnala un abuso
Traduci recensione in Italiano

Eugene A. Shinn
5,0 su 5 stelle Bigger than Bond
Recensito negli Stati Uniti 🇺🇸 il 30 ottobre 2013
Acquisto verificato
If you are old enough to remember James Bond novels you will love this one. If you are too young to remember Bond you are bound to love Codon Zero. This one out does Bond. In this super spy/terrorist/biological warfare thriller/ with ex Agency operative Jason Stouter and his dependable always-there-when-needed-buddy named Sali fight against archenemy Zufar and his diabolical plot to destroy Israel and take over the Middle East. Along the way reputable scientists save Jason's son and develop a viral agent designed to bring Middle East leaders to their knees and create peace. Unfortunately these well meaning scientists fall in Zufar's heinous trap and thousands die while dams explode. And yes, along the way there are beautiful women agents and of course hot sex, some bordering on porn. Now if that doesn't whet your red blooded suspense-loving appetite nothing will. As I read on unable to sleep in the wee hours I could envision a spy-thriller blockbuster-film with all of the outrageous special effects, for which modern Hollywood is famous, while the hero bravely attempts to save the world. And to this readers surprise much of the action takes place in my stomping grounds the Florida Keys, including (shades of True Lies) the old separated seven-mile bridge and Pigeon Key. Later the action continues with shootouts in Tel Aviv and Jordan. I never knew there were som man kinds of guns and lethal knives. This is a first rate super thriller that outdoes any James Bond novel or Bruce Willis film and Jason does it without Bonds specially outfitted Bentley or jet backpack. If you like spy/detective/suspense you will love Codon Zero.
Leggi di più
Una persona l'ha trovato utile
Segnala un abuso
Traduci recensione in Italiano
Visualizza tutte le recensioni
Segnala un problema
Questo articolo ha contenuti inappropriati?
Segnala
Credi che questo articolo violi un copyright?
Segnala
In questo articolo sono presenti problemi di qualità o di formattazione?
Segnala