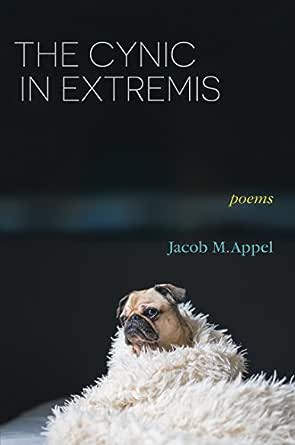 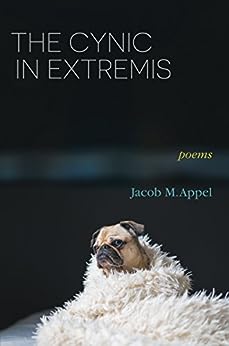 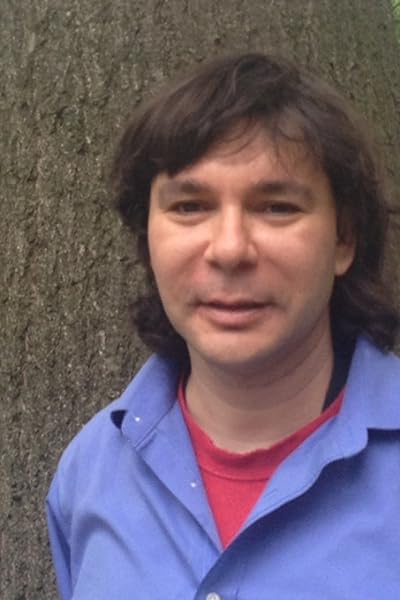 The narrative poems in Jacob M. Appel’s The Cynic in Extremis cast a cold eye on present and past, personal and political. But like the cynics in their classical conception, the poet’s subtext here is hope, at least love, and living without illusion in the extremis of the quotidian. These are mordantly moving, even entertaining poems, always thoughtful and frequently elegiac.
—Dan O’Brien, author of War Reporter

Like his stories—approachable, insightful, and touched with a tinge of sadness for what was and, indeed, is—Appel’s poems speak in straightforward, plain language to raise the curtain on the intimacies of his world. New York City with its pigeon lady, the palsied pharmacist, Luigi the barber, beak-nosed Molly Seward’s father, and, oh yes, the many girls who “left me breathless” and alone. You can almost hear their footsteps walking the cement pavement. Although good-humored and delightfully smart-alecky, the collection has a dark undercurrent, for it is Holocaust-haunted as he is, as we all are who escaped the horror but are doomed to remember and bear witness.
—Alice Friman, author of The View from Saturn

From this masterful collection arises the sense that, with the end so woefully unpredictable and fate so fickle-hearted, to waste any moment amounts to a sin. Quirky characters, often full of longing and regret, pepper Appel’s work, like the uncle so cynical he “steered clear of con games like synagogue/ And life insurance” and his compassionate opposite, the pigeon-feeding, environment-destroying Mrs. Z. These characters seem to fail to leave a mark on the world, beyond the poet’s eye.
—Brigit Young (from the foreword), author of Worth a Thousand Words

Both beautifully written and lively, the poems in The Cynic in Extremis embrace the world with warmth and wit. The portraits of family members and friends, workers and teachers, neighbors and a first love, some set in a time long gone, are wonderfully free of nostalgia and sentimentality. Human virtue, vice and folly all have a welcome place, because there’s a tone of understanding, forgiveness and humor that pervades this book and makes it a joy to read.
—John Skoyles, author of Suddenly It’s Evening and poetry editor at Ploughshares

Jacob M. Appel is a physician, attorney, and bioethicist based in New York City. He is the author of seven collections of short fiction, five novels, and a collection of essays. His short stories have been published in more than two hundred journals and have been short-listed for the O. Henry Award, Best American Short Stories, Best American Mystery Stories, Best American Nonrequired Reading, and the Pushcart Prize anthology. His commentary on law, medicine, and ethics has appeared in the New York Times, New York Post, New York Daily News, Chicago Tribune, San Francisco Chronicle, Detroit Free Press, and other major newspapers. He taught for years at Brown University and currently teaches at the Mount Sinai School of Medicine.
The Cynic in Extremis was a finalist for the 2017 Able Muse Book Award.