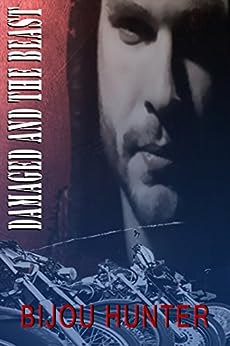 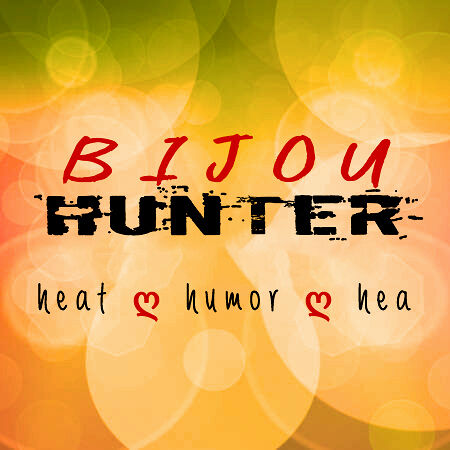 Heir to the local motorcycle club and crime syndicate, Cooper Johansson is accustomed to taking what he wants. His newest conquest is college freshman Farah Smith.

When the tattooed bad boy reminds her of a rough childhood she desperately wishes to forget, Farah keeps him at arm's length.

Yet, Cooper refuses to give up. He pushes her buttons, tears through her walls, and forces her to admit her feelings for him. What begins as lust soon builds into something more powerful than either expects.

Can a beast like Cooper heal the damage inside the girl of his dreams?

Chrissy’s Book Shelf
4,0 su 5 stelle Angsty New Adult Romance
Recensito nel Regno Unito 🇬🇧 il 13 agosto 2021
Acquisto verificato
This is the first in an ongoing series. I recently started in the middle with a spin off series, White Horse and enjoyed it so much I wanted to start at the beginning of it all. There isn’t a cliffhanger, just a hook for the next book.

Caution: This book refers to sexual assault. It is not detailed, more inferred, however the emotional results of the damage this trauma did are discussed in detail as it is relevant to the story.

Farah is 18 years old and just starting college. Her grandmother has agreed to pay for it provided she goes to the college local to where her mother is living and shares an apartment with her. She hasn’t seen her mother in 5 years when something so awful happened her father took Farah and her sister Tawny away from their mother and took them on the road with him. This life wasn’t really any better as their father was a con artist, gambler and a drunk. Farah always dreamed on having an normal and stable life and she wanted to become a teacher in order to have that. She’s at college to try and make that happen.

Cooper is also a student at the same college and they share one class as he is a senior. He’s local to the area and his dad runs the local MC. He has two sisters, and a brother and the two eldest are also at college with him. Cooper is the really smart one in the family and he’s studying pre-law in order to help the family out. He’s also expected to take over from his dad one day as the MC president. He’s charming, good looking, rich and powerful. People don’t mess with him or his loved ones, women throw themselves at him and men are scared of him when they don’t want to be him.

When Cooper sees Farah he wants her, not realising that she’s damaged beyond all recognition by her really awful parents and severe trauma that happened 5 years ago. Farah doesn’t expect anything from Cooper, in fact he scares her quite a lot as in her experience bikers and dangerous men cause you harm rather than protect you.

This book covers the very turbulent first few months of Farah and Cooper’s relationship. They go through so many ups and downs you can’t help but wonder why on earth they are together. However, they do care for each other and they work through their problems, which are very real and not because of stupid misunderstandings or miscommunications, they are about fitting two very different people together into a relationship when one of those people has suffered years of abuse.

Some of the book makes for some uncomfortable reading, but I couldn’t put it down because it was pretty well done. I’m looking forward to reading the rest of this series now so I can catch up to the White Horse part and then go past it!
Leggi di più
Segnala un abuso
Traduci recensione in Italiano

I'd give this 41/2 stars if I could. This is the story of Farah who's eighteen and has had a life we can hardly imagine both her parents are the worst kind of horrible. She reluctantly leaves her younger sister Tawny with her father, who's hiding out from criminals he owes money to and a life of living in motels. Farah goes to stay with a mother she's not seen in five years so she can attend college, she gets a job waitressing at Denny's saving every penny she can in order to bring Tawny to live with her once she's eighteen. All Farah wants is to have the kind of life we all take for granted, she works hard at college and Denny's, keeping her head down trying to blend in and have the average life she's dreamed about. Into this average dream charges Cooper who is anything but, he's georgous, smart, rich, tattooed and charismatic and used to girls falling at his feet. He's exactly what she tells herself she doesn't want but how long can she fight the amazing attraction she feels towards him. He's used to disposable girls so why does he want more from Farah. They battle this attraction, her past, her dreams and her parents as well as his future as heir to the family business, this book has great characters especially Tucker, well in fact all Cooper's family. I loved the story, their relationship, his relationship with his brother and family and the humour. Reading this reminded me a little of beautiful/ walking disaster both books I loved. The reason for the four and not five star rating is I felt Farah was just too much at times, she blew hot and cold, she likes him then she doesn't or does she no she doesn't, does she love him, yes, no, yes but she's leaving him, no she's not yes she is, and I felt all the crying was a little too much, this is a girl who's had an awful life, yes I know I can't imagine what she's been through and as a result she's built walls around herself to protect her and I know because of Cooper these walls are coming down but I still feel she wouldn't crumble quite so much. That said this is an excellent book and I can't wait for the next one.
Leggi di più
2 persone l'hanno trovato utile
Segnala un abuso
Traduci recensione in Italiano

Mel
1,0 su 5 stelle I'LL BE GIVING THIS AUTHOR A VERY WIDE BERTH
Recensito nel Regno Unito 🇬🇧 il 13 gennaio 2015
Acquisto verificato
For me this was cringe worthy in it's immaturity. The dialogue was terrible and the toing and froing from one page to the next just became monotonous in the extreme. The "jokey" name calling was juvenile and the big issue Farah had was handled with absolutely no sensitivity, realism or empathy. The whole story was strung out was shallow, fickle and had me shaking my head in disgust throughout.
Possibly OK if you're 14, but even then I wouldn't want any 14 year old I care about to see any of the behaviours displayed by any of the characters at all...especially as they were being put across as acceptable, normal and most disturbingly even funny, when they were anything but.
I won't be reading any more in this series or indeed any more by this author. Definitely not to my liking at all...bad and wrong :-/
Leggi di più
3 persone l'hanno trovato utile
Segnala un abuso
Traduci recensione in Italiano

Tornado 1
5,0 su 5 stelle The wings of a butterfly
Recensito nel Regno Unito 🇬🇧 il 30 agosto 2016
Acquisto verificato
Farah has a plan. Work hard get qualified and become a teacher. She is focusses she has to be if she is to drag herself kicking and screaming from the gutter where her father and her mother before him had left her. Cooper is everything she needs to avoid, heir to a biker gang and criminal dynasty he makes her skin crawl. The brutality of her past leaves her cold and aloof but he awakes her with his persistence and his ability to gently break down her protective walls. He will kill to protect her and those she holds dear. Can she trust him with her delicate soul and fragile heart, will she have to give up on her dreams or will he hold her desires in high esteem and give her wings to fly? A great read where the unexpected is found in the characters created by the author and their life story. Fantastic read
Leggi di più
Segnala un abuso
Traduci recensione in Italiano

Cate Lindsey
4,0 su 5 stelle Damaged and the Beast
Recensito nel Regno Unito 🇬🇧 il 14 gennaio 2015
Acquisto verificato
A very enjoyable read. Well developed characters will pull you I to their story, although frustrating at times the main female character shows her lack of experience dealing with social interaction, and in her relationship with Cooper, because of her upbringing and the things that happened to her. The author works this into the story seamlessly and concentrated on how this effects her thinking pattern and decisions. It's also brilliant how the male character reacts. To me it shows that this author has a real understanding of youth and has researched certain subject matter that weaves its way through this wonderful coming of age novel. A beautiful love story with all the normal teenage angst and some rather dark subject matter. Beautifully handles. A few typos but nothing that I couldn't get past. Would definitely recommend it and cant wait to read the next in the damaged series
Leggi di più
2 persone l'hanno trovato utile
Segnala un abuso
Traduci recensione in Italiano
Visualizza tutte le recensioni
Segnala un problema
Questo articolo ha contenuti inappropriati?
Segnala
Credi che questo articolo violi un copyright?
Segnala
In questo articolo sono presenti problemi di qualità o di formattazione?
Segnala