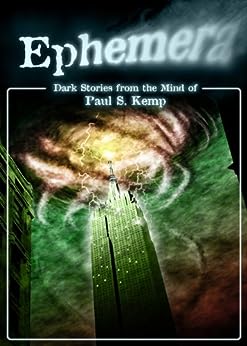 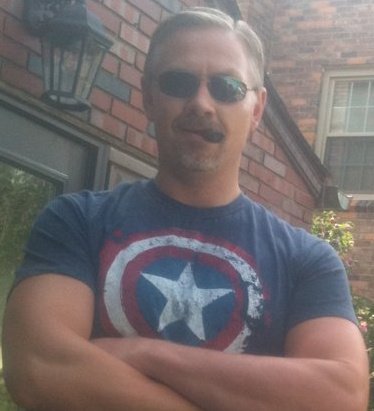 From the multiple NY Times bestselling author who brought you Erevis Cale and Darth Malgus, comes this compelling volume of dark imagination.

Experience the fantastic through the eyes of a private detective who investigates the occult in 1930s NYC, a demonologist who may or may not be mad, a maimed talespinner on a doomed boat, a witch pursued by religious fanatics who want her unborn child, and many more.

SomeReader
4,0 su 5 stelle An excellent collection of dark tales
Recensito nel Regno Unito 🇬🇧 il 8 febbraio 2013
Acquisto verificato
Paul S. Kemp's collection of stories is a lot of fun. Each one is well written, tight and memorable. I especially enjoyed the noir elements and the nods to Lovecraftian fiction. There's no a weak story here, and for the price I think it's a lot of entertainment. For readers new to Kemp, I think this would make a good introduction to his style.
Leggi di più
Segnala un abuso
Traduci recensione in Italiano

E. Brousseau
5,0 su 5 stelle Great stories
Recensito in Canada 🇨🇦 il 10 ottobre 2013
Acquisto verificato
I must say that I'm a fan of Paul S. Kemp. This compilation of short and Dark Stories is really my cup of tea. They are really well written and if you are a fan of Lovecraft, horror and weird stories you must buy this book.
Leggi di più
Segnala un abuso
Traduci recensione in Italiano

Eve S
5,0 su 5 stelle An absolutely delightful frisson of horror.
Recensito negli Stati Uniti 🇺🇸 il 11 ottobre 2022
Acquisto verificato
I got Ephemera because, in a fit of vaccination insomnia, I needed some new words from a familiar voice. I'd just finished an Erevis Cale re-read, and I think I have everything else Kemp has written.

It's a compilation of dark fantasy short stories with elements of horror. Think Lovecraft, Leiber, Zelazny. I was delighted to find three tales set in New Dineen (I'm always craving more from the world of Nix and Egil), and surprised to find a subtle nod toward Finnish mythology in another.

They all make one question what is evil, and from whence come the demons we struggle with.

Peter Morrison
5,0 su 5 stelle Kemp's dark mind weaves a fun series of twisted tales.
Recensito negli Stati Uniti 🇺🇸 il 21 gennaio 2011
Acquisto verificato
wasn't sure what to expect when I downloaded Paul S. Kemp's Ephemera collection, but since I enjoyed his Star Wars novel Crosscurrent and the excerpts from Deceived, I decided to give this bargain priced collection a shot.

After reading Kemp's Star Wars works as well as this collection it's clear to see why Ephemera is the #1 E-Book at Drive Thru Horror, and why the publishing team at Del Ray and Lucasfilm was so quick to throw more work Kemp's way.

Ephemera prevents a very dark series of tales, these eclectic stories show Kemp's flexibility and skills as a story teller. At 129 pages it provides a quick read with some very memorable characters and some unfortunate results. If there is one theme present through this milieu of fantasy and horror, its the idea of flawed/damaged characters struggling with choices and their consequences.

From the Amazon Product description:

Multiple NY Times bestselling author Paul S. Kemp has collected seven of his best fantasy short stories into this compelling volume of dark imagination. Ephemera is a wonderful introduction to the work of one of today's popular fantasists.

Ephemera explores the fantastic through the eyes of a private detective who hunts the occult in 1930s NYC, a demonologist who may or may not be mad, a witch on the run from religious fanatics who want her unborn baby, a maimed talespinner on a doomed boat, and many others.

Each story contains a brief introduction by the author.

A quick description and thoughts on each of the stories:

Abe Gustafsson is the brawn side of a brain and brawn Occult Investigations firm, unfortunately the his partner is recently deceased and a old love interest walks into Abe's office with a mystery only he can solve.

This story reads like a classic 1930s PI story, Kemp's use of characters, language and descriptions immediately make you feel immersed in this classic genre, I could practically see myself sitting in the smoke filled black and white office. The twist is the horror element that is added to the story and makes it both creepy and very interesting and certainly makes you think twice about visiting a certain NYC landmark.

One Thousand and One Words

Jack Cole is a maimed WWII veteran war photographer working as a free lance newspaper photographer in Boston. Jack is hot on the tail of a mysteries Boston Brahmin Howard Doyle. Doyle is a bit like The Great Gatsby's Jay Gatsby, uber wealthy and mysterious. Except unknown to Jack, Howard Doyle has a dark secret and his own agenda for agreeing to be interviewed by Jack.

This story contains one of my favorite few lines from the collection:

I had been trying to get a picture of Howard Doyle since the day I bought my Polaroid. He was as rich as God and as mysterious as Lucifer. Everyone wanted to know more about him and wild speculations filled the society pages. Or at least they had before the end of the world had become front page news.

The story ends on a cliff hanger, but is very satisfying and creepy. The cat is not the only thing that curiosity killed.

Marlboro Man is the story of a fallen angel turned serial killer Uriel, and his misadventures in a world where God is AWOL. For Uriel "killing is a need, a drive, like eating. You can't blame an angel for eating, right?"

I was blown away by this story, I am a huge fan of religious imagery and themes in literature, television and movies, and Marlboro Man provides a very fun dark spin on angels. What would Dexter by like as an angel? Probably a lot like Uriel.

Sorcery, demons, religious conversion and a bit of a Fight Club twist, provide this tale of Malkiir Zhorne an interesting look into New Dineen.

As Paul S. Kemp says in his prologue to the story; "To date, I've only revealed bits of New Dineen in various short stories." New Dineen may not be as expansive as Tolkien's Middle Earth or Lucas' Star Wars Universe, but if Confession and the other two stories in this collection are any gauge, its a large and dark world filled with strange magic and some very ill behaved individuals.

Set in New Dineen, The Spinner tells a tale about Zhayim, a former pirate who is missing his left hand and right thumb and has become a "Spinner" a storyteller on sea faring vessels to appease the god of the Sea.

As Kemp describes the story it "explores the boundaries of faith in the world of New Dineen, what it can do, and what it cannot." In New Dineen, the mind and faith have very strong impacts on the world, but what is real and what is imagined? The Spinner provides some answers but ends with more questions and is up to the readers interpretation.

Stillborn is a difficult read because it contains some very real life violence on the other hand it is a wonderfully crafted story. Emsha is a Sister in the Sisterhood of the Goddess, but to most people in New Dineen she is a witch. The autocratic government lead by The High Theocrat and his Inquistors' run a merciless regime that is in conflict with rebels. With war all around her, Emsha is faced with choices that parallel many we have seen with Jedi in the Star Wars EU, all actions have consequences and how far is Emsha willing to go?

If you like zombies, this short story is a fun heart pounding ride. I really hope to avoid the Zombie Apocalypse its going to suck.

Ephemera proves that Paul S. Kemp is a very good story teller, with a twisted mind and some rather evil creations. So naturally this collection left me wanting more. It is well worth a read an a great introduction into this Author's non-Star Wars works.

Dr.Gonzo
4,0 su 5 stelle An Enjoyable Collection of Fantasy Fiction; Reviewed By A Reader Who Usually Dislikes Fantasy Books
Recensito negli Stati Uniti 🇺🇸 il 7 dicembre 2013
Acquisto verificato
I found this collection of stories to be quite entertaining, despite the fact that I am not a fan of the "fantasy" genre. I was impressed with the author creativity, he constructs interesting worlds populated with interesting characters, and the fantasy parts act more as backdrop for character studies and the exploration of human nature.