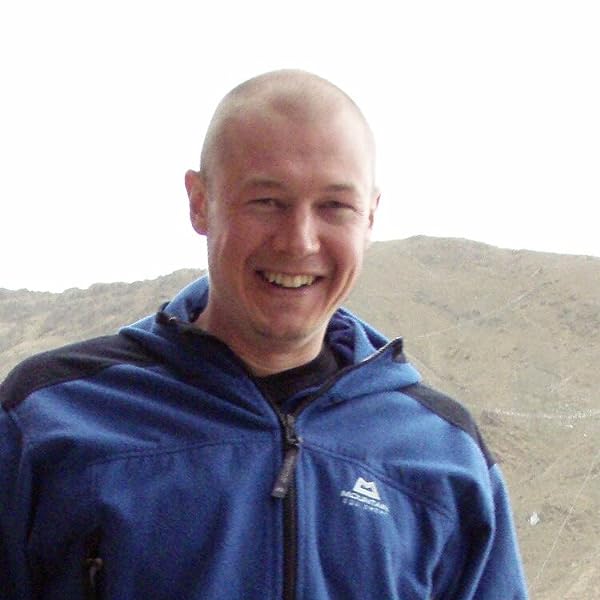 In April 2014 Mark Horrell went on a mountaineering expedition to Nepal, hoping to climb Lhotse, the fourth-highest mountain in the world, which shares a base camp and climbing route with Mount Everest.

He dreamed of following in the footsteps of Tenzing Norgay and Edmund Hillary, by climbing through the infamous ice maze of the Khumbu Icefall, and he yearned to sleep in the grand amphitheatre of Everest Base Camp, surrounded by towering peaks.

He was also intrigued by the media publicity surrounding commercial expeditions to Everest. He wanted to discover for himself whether it had become the circus that everybody described.

But when a devastating avalanche swept across the Khumbu Icefall, he got more than he bargained for. Suddenly he found himself witnessing the greatest natural disaster Everest had ever seen.

And that was just the start. Everest Sherpas came out in protest, issuing a list of demands to the Government of Nepal. What happened next left his team shocked, bewildered and fearing for their safety.

For five years I have been writing what has been described as one of the most credible Everest opinion blogs out there. I write about trekking and mountaineering from the often silent perspective of the commercial client. For over a decade I have been exploring the world's greater mountain ranges and keeping a diary of my travels. As a writer I strive to do for mountain history what Bill Bryson did for long-distance hiking. Several of my expedition diaries are available as quick reads from the major online bookstores. My first full-length book, Seven Steps from Snowdon to Everest, about my ten-year journey from hill walker to Everest climber, was published in November 2015. My favourite mountaineering book is The Ascent of Rum Doodle by W.E. Bowman. You can read my blog at www.markhorrell.com and sign up to my mailing list at www.markhorrell.com/mailinglist.
Inizia a leggere The Everest Politics Show su Kindle in meno di un minuto.

Noel
4,0 su 5 stelle Pulls at the heartstrings
Recensito nel Regno Unito il 14 agosto 2017
Acquisto verificato
I happened across this book by accident while browsing Amazon. I don't read many mountaineering books, I know just enough to be truly frightened by many of them. This is frightening but in a different way and makes compelling reading from the start.

It is a quick read - just over 150 pages. It is not an elegy in flowery language about the splendour of the mountains. It is a sparsely written account of Mark Horrell's experience as a commercial client of 'the Altitude Junkies' and prospective climber of Lhotse in the month of April 2014. Beginning with the briefing at the ministry in Kathmandu at the start of the month and finishing with his return to London near the end of the month. Needless to say he did not achieve his ultimate objective.

The walk up through the Khumbu region to Everest Basecamp is well covered and during it we get acquainted with his travel companions. By
Friday 18th April he is at Everest Base Camp and setting off with some group members for a first experience of the Khumbu Icefall when they witness the early morning avalanche sweep down through the icefall. During the day they see a helicopter recover bodies and they learn that the disaster has killed 16 sherpas. His account of the aftermath of the avalanche and the enforced retreat from basecamp of all the western climbers is both gripping and saddening; Division between the climbers and some of the sherpas is forced to breaking point. It is a bitter disheartening experience.

I read the book in two sittings. I am not a climber, apart from a few trekking peaks, but have trekked in the Himalayas over 20 times. Though often in Nepal I have avoided Everest Basecamp as a destination but viewed the mountain from other peaks and vantage points nearby. Many of the places he mentions are familiar to me and this authentic account brought back to me what it's like to be there. Nothing in this book makes me want to go to Basecamp but boy does it tug at the heartstrings to draw me back to Nepal, one last time. A gripping account.
Leggi di più
7 persone l'hanno trovato utile
Segnala un abuso
Traduci recensione in Italiano

roz morris
4,0 su 5 stelle Honest, non-sensational, dignified
Recensito nel Regno Unito il 4 dicembre 2016
Acquisto verificato
Honest, non-sensational eyewitness account of the Everest avalanche of 2014. Mark Horrell was at Base Camp to climb the sister peak Lhotse, and was there to see the avalanche itself and the political and human fallout afterwards. I've been researching this event for my own novel, subscribing to Mark's blog, so when I saw he'd published his diaries from that time I couldn't wait to read them. This is a short book, well put together, and the highly emotional events of the disaster and aftermath are handled with sensitivity and dignity. He doesn't have all the answers or a panoramic journalistic view, but there are plenty of other places you can get that - and there's plenty of interest in this level-headed, thoughtful account. I enjoyed it - thank you, Mark.
Leggi di più
Una persona l'ha trovato utile
Segnala un abuso
Traduci recensione in Italiano

Elizabeth Pearson
2,0 su 5 stelle Entitled & superficial tone
Recensito nel Regno Unito il 31 ottobre 2021
Acquisto verificato
I think it’s better to watch the film Sherpa for an understanding of the context here. The author thinks the Nepalis’ collective industrial action is unjustified - he wants to climb, he paid thousands after all.. nothing should get in the way of this. He is appalled that the Sherpa people discuss their response to the avalanche that has killed 16 of them without any translation into English.. Just seems insensitive and superior. I wonder the editor didn’t see this and point this out. The tone could have been adjusted. He might also have tried to speak to some of those Sherpa people involved in calls for strike action. It’s a fluid read, but not a comfortable one.
Leggi di più
Segnala un abuso
Traduci recensione in Italiano

Mark Brooks
5,0 su 5 stelle I enjoy Mark's travel diaries immensely
Recensito nel Regno Unito il 5 dicembre 2016
Acquisto verificato
I enjoy Mark's travel diaries immensely, usually full of amusing similes and anecdotes, this is a more sombre diary than usual, understandable given the circumstances. Having travelled to Nepal for the first time to Everest base camp this year, i greatly enjoyed the start of the book as Mark follows a similar path, it evoked fond memories for me.

The crux of the book of course is the tragedy that occurred and the aftermath, something that has been well documented already in the movie Sherpa which is a fantastic companion to this diary. The shock of seeing such an event is evident in the writing and I read the whole book in a single sitting.