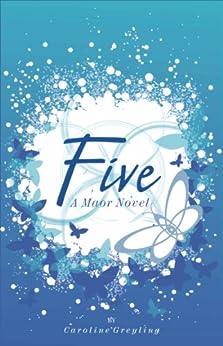 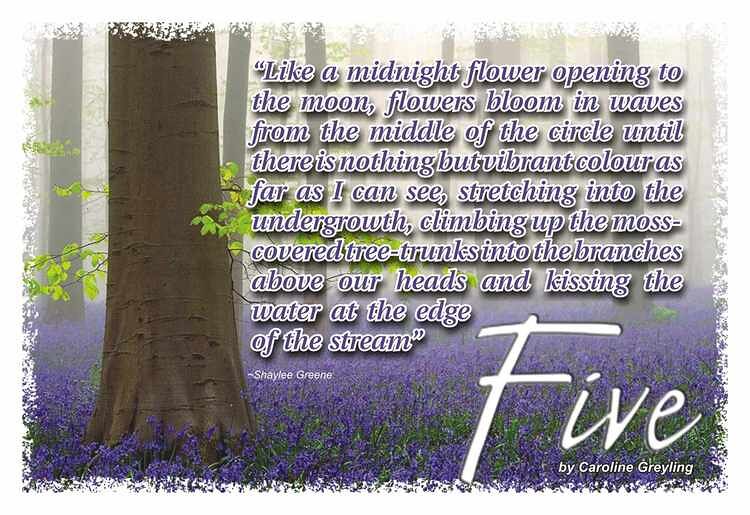 Edizione Inglese di Caroline Greyling (Autore) Formato: Formato Kindle
Libro 1 di 2: Maor series
Visualizza tutti i formati ed edizioni
Sorry, there was a problem loading this page. Try again.
‘Magical’ is the only word that can describe the moss-covered trunks and exposed roots; the dark, rich earth; the rays of sunshine glittering with dust particles; the unearthly swirls of mist tangling through the leaves and between the branches. It’s easy to believe in fairies from this vantage point.

At sixteen, all Shaylee Greene wants is to become a dancer and her biggest problems in life are her over-protective parents and a strange recurring dream she’s been having most of her life. Then she wakes up on her seventeenth birthday and discovers that she has been marked.

Ripped from her beloved South Africa, home for most of her life, Shaylee is sent, without explanation, to a tiny town in the Forest of Dean, England, to live with her grandmother, whom she has not seen since age seven. Here, Shaylee learns that she is not who she thought she was.

Assigned one protector and promised to another, she must come to terms with her unexpected attraction for both boys, learn about her fantastical heritage, uncover some harsh truths about her past and fight to survive in this new world fraught with dangers she never knew existed.

"I feel like I hit the YA paranormal romance jackpot grand prize! With well-crafted scenes and a magical stroke of her pen, Ms. Greyling has built a world of fantasy that feels real without use of clichés and overdone angst!" – Amazon Top 500 reviewer, Tome Tender blogspot.
"A wonderful, modern day tale of magic, wonder, trials, tribulations and coming of age romance." Readers Favorite reviewer.

10Stars
4,0 su 5 stelle A worthwhile read
Recensito nel Regno Unito 🇬🇧 il 8 agosto 2015
Acquisto verificato
Shaylee about to turn 17 is dogged by terrible nightmares – Sounds familiar.
Ignoring an over preponderance of adjectives in the opening chapters, I found the story intriguing, though predictable, and wanted to read on. After a particularly horrific dream Shaylee wakes to find her parents gathered about her bed, with dad comforting mum, and a tattoo of a butterfly on her stomach. However, instead of explaining her parents say she is in danger and send her to the UK to live with her grandmother in the Forest of Dean. There, her grandmother explains the mark as a ‘Tofa an ancient Celtic symbol representing the four elements, the four directions and the four seasons, joined and balanced by the fifth element.’ However, instead of explaining, she refuses to say what the fifth element is and says she will tell Shaylee later after Jake has taken them to the circle. (There’s an awful lots of this). There, Shaylee learns she is a Maor, a fairy, not human but one of the guardians, the stewards of earth, of which she is the monarch responsible for the continuation of the species.
A moment later she is told she has been blood-promised to Tristan, and the wedding will take shortly. Then Sandra creates a thunder storm and with so much happening, Shaylee faints and is revived by a gorgeous young man who turns out to be her seastnan, who, apparently, is the guardian of monarch. Next day, we learn that not only fairies exist but also vampire and Weres who can be identified by the colour of their eyes. As we are drip fed information as to why Shaylee is in danger, we learn it’s from both vampires, Weres and humans, all of whom are attracted to her.
Despite a predictable storyline which is hugely repetitious, Five is well-worth reading and despite my groaning at the predictable incidents and groaning still more at the lack of description and continuity, and similarities to Edward Cullen in Twilight, I found myself needing to discover where the constant attacks of pain are leading Shaylee, and which of the guys she will eventually choose, and exactly how much danger she is in. Well presented, this is an enjoyable read.
Leggi di più
Segnala un abuso
Traduci recensione in Italiano

Daniel Parsons
4,0 su 5 stelle An Engrossing Story Filled With Mystery and Romance
Recensito nel Regno Unito 🇬🇧 il 12 febbraio 2015
Acquisto verificato
Five follows Shaylee Greene, a teenage girl who wakes up one day tainted by a mark she can’t explain. Luckily, her parents can, and they send her to England where she is made to stay with her estranged relatives for her protection… and an arranged marriage. It turns out her family and their friends have a magical secret, and Shaylee’s identity is essential for keeping that magic alive. While battling kidnappers and forgotten trauma, she also finds herself caught up in a love triangle she never expected and is forced to decide between two possible futures: save her people or abandon them all for a forbidden love.

I don’t often read books steeped heavily in romance. They’re not generally my thing. Having said that, I thought this one worked well. The hints of an emotional charge crept up on me subtly and I found myself willing the story to end happily. Plus, the fantasy and thriller elements of the plot kept me interested throughout.

My only criticisms would be that some of the teenage dialogue near the beginning of the book is a little outdated (or possibly toned down for overly-sensitive readers). In particular, I laughed at the expressions, ‘jeepers!’, and, ‘for heaven’s sake!’ Plus, one or two of the chapters didn’t start on a new page whereas the rest did (but I’m really nit-picking here).

Overall, I enjoyed this book. It blended genres well and left me ready to dive right into the next instalment in the series.
Leggi di più
Segnala un abuso
Traduci recensione in Italiano

Kayti Nika Raet
3,0 su 5 stelle Liked the story but frustrated with the secrets
Recensito negli Stati Uniti 🇺🇸 il 25 luglio 2015
Acquisto verificato
When I first brought Five, by Carolyn Greyling, I was immediately drawn in by the cover as it looked like something that would provide a unique spin to the standard YA paranormal romance. Seventeen year old Shaylee Greene is a typical YA character, she has dreams of being a dancer and seeks to escape the shadow of her over protective parents. Which happens, but not in the way she would expect. She wakes up one morning with a strange mark on her body and is immediately ripped from her home in South Africa and away from everything she knows and is sent all the way to her grandmother's house, who is supposed to give her answers and help her learn about her mysterious heritage.
I love how each chapter started off with an emotion and then Shaylee would attempt to describe it using the five senses. It really made Five stand out and gave me something more to look forward to with each chapter. I also loved the lore of Maor, though I did wish it wasn't given to the reader so sparingly.
Which was one of my major issues with the novel. It often left me frustrated as many of the characters withheld vital information from Shaylee, information that dealt with her lost memories, her role as the chosen one, her safety, or anything at all really. It felt odd that they would veiw her as so important but basically left her helpless, to be pulled along by the whims of the plot.
I guess a majority of the frustration comes from how strongly I wanted to root for her and wished her the agency she deserved. But she seems to be growing as a character, and coupled with Greyling's writing style, I am curious about what will happen in book 2.
Leggi di più
3 persone l'hanno trovato utile
Segnala un abuso
Traduci recensione in Italiano

hatbox121
3,0 su 5 stelle Unsure
Recensito negli Stati Uniti 🇺🇸 il 22 ottobre 2015
Acquisto verificato
This book was both good and frustrating. The idea is pretty cool, but from the third chapter or so on all I felt was frustration. Hiding secrets that will get the lead either in danger or to cause them to do something stupid? Check. The lead hiding secrets that could change everything? Check. Adults pushing our lead into ridiculous positions? Check. Ugh. I'd almost hoped the lead would eventually just have sex with someone and be done. So frustrating that an entire book is built around her virgin status, lies, and someone too weak to say anything. Honestly at 17 I'd have ran away if I had a reaction to my soon to be husband. An eternity producing heirs with someone you can't even tolerate a kiss from? I hope it improves. To see book 2 be her having sex based on charting so she rarely has to touch him, pop out a couple of kids and then live in separate bedrooms doesn't scream romance to me.
Leggi di più
4 persone l'hanno trovato utile
Segnala un abuso
Traduci recensione in Italiano

Ryan Guy
5,0 su 5 stelle High Five!
Recensito negli Stati Uniti 🇺🇸 il 10 marzo 2015
Acquisto verificato
This book was a showcase of how to create vivid imagery with words. The five senses snippets at the start of each chapter were an engaging way to set each chapter's tone. The characters' ties with, and their reverence for, the nature around them was conveyed beautifully through the author's descriptions of the Forest of the Dean.

Five is a paranormal romance with a blatant love triangle. Blatant because within the same chapter all three players in the relationship meet, and just like that-- things get very interesting. The dynamics of the triangle were fun. Physical, paranormal, and emotional bonds all factored into the characters' decisions.