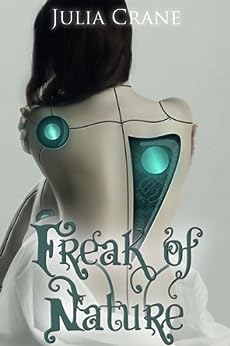 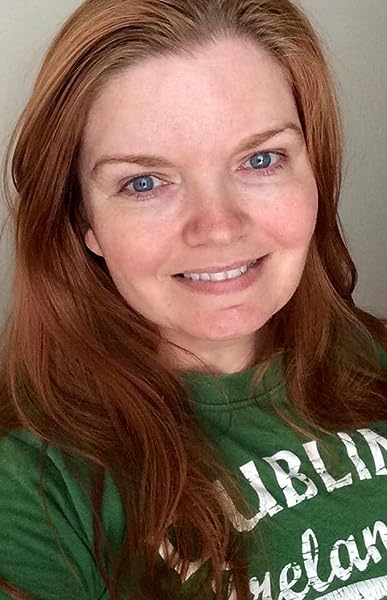 When seventeen-year-old Kaitlyn checked the box, she never suspected she’d have her life–and her body–stolen from her. She awakens one day in a secret laboratory to discover that her body is now half-robot and is forced to hide her own secret: that she still has human emotions and a human mind. If the scientists who made her find out, they’ll erase what remains of who she was.

Kaitlyn finds an unlikely ally in Lucas, a handsome, brilliant scientist who can’t get over the guilt he feels knowing she was once a vibrant, beautiful young woman. He never expected a science project to affect him the way she does. As he tries to help her rediscover her past, he finds himself falling for the brave girl struggling to find her place and acceptance between the human and computer worlds.

*For mature teens due to some sexual content.
Leggi di più
Previous page
Next page

Julia Crane is the author of the YA paranormal fiction novels: Keegan's Chronicles, Mesmerized and Eternal Youth. Julia was greatly encouraged by her mother to read and use her imagination, and she's believed in magical creatures since the day her grandmother first told her an Irish tale. Julia has traveled far and wide to all the places her grandmother told her about, gaining inspiration from her journeys to places like Nepal, Cyprus, Sri Lanka, Italy, France and many more. And who knows? Maybe the magical creatures she writes about are people she met along the way. Julia Crane has a bachelor's degree in criminal justice. Although she's spent most of her life on the US east coast, she currently lives in Dubai with her husband and three children. --Questo testo si riferisce alla paperback edizione.

Reader
3,0 su 5 stelle a trips down imagination road review
Recensito nel Regno Unito 🇬🇧 il 19 gennaio 2015
Acquisto verificato
I received a copy of Freak of Nature from Netgalley in exchange for my review.

Kaitlyn is one of a kind, when she checked the 'donate to science' box she never expected to be given a second life, nor that that second life would be one where she was half robotics, and yet, her she is. The team of scientists behind her don't think that Kaitlyn has any emotions or human feeling left, and yet, hidden well, are those very emotions. Having become friends with Quess, and harbouring feelings for one of the scientists, Lucas, Kaitlyn's life is not what anyone expected.

Link to Goodreads
Link to amazon

I'm not too sure what to make of Freak of Nature, there were a lot of parts that I enjoyed, actually I enjoyed most of the book, but there was just something about it that didn't make it stand out for me, and I can't quite put my finger on what that is, which actually kind of frustrates me.

I'd say that Freak of Nature probably falls somewhere between mature young adult and new adult audience wise, there are a fair few moments where Kaitlyn thinks about Lucas (well and Lucas thinks about Kaitlyn) with desire and sex on the brain, though nothing is described on page. This is also taking into consideration how Kaitlyn died, and I think some of the impact could be lost on younger readers.

I liked the friendship between Kaitlyn and Quess, I thought it allowed for Kaitlyn to be herself, even if that was just a little bit awkward because she couldn't understand everything she was being told. The friendship did feel natural, and not forced, like two girls coming together because there is no one else which I do believe would happen.

The relationship between Kaitlyn and Lucas was another thing. I did like how Lucas called her Kate instead of Kaitlyn, and how he wasn't put off by her 'upgrades'. Their relationship had a sweet edge to it, even if Kaitlyn had the urge to 'rip of Lucas' clothing' (she said so several times). But after all that there's something I couldn't put my finger on in their relationship that made it seem a bit stilted, but then again maybe that was just me.

The ending worked for me as a stand alone or a series, personally I don't think I'm intrigued enough yet to pick up the sequel (though give it a few days and I may change my mind) but there were parts of it that maybe seemed a bit neat. I'm still confused by how I feel about this book. I enjoyed it, but it didn't wow me and there were bits that made me a bit underwhelmed.

Naomi
5,0 su 5 stelle Amazing Read
Recensito nel Regno Unito 🇬🇧 il 19 febbraio 2015
Acquisto verificato
I was immediately dragged in by the cover for this book, I got this book without even reading the synopsis. I knew I would enjoy the book from the cover. It looked so interesting and you immediately wanted to know what the girls story was, what had happened to cause her to be be half cyborg.

I really enjoyed the writing style and even though it did not take me long to finish I loved every second reading this book. I felt like I was right there beside Kaitlyn, I needed to know what else was happening in her life and if she was going to get sent away. I hoped that she didn't. I am happy with how the story finished but unhappy the fact there is another book as I don't know the full story. I enjoyed Lucas's character but was unsure if their relationship blurred the ethics of the relationship and I really enjoyed her friendship with Quess and was glad that Kaitlyn had a friend she could confide in.

I really can't wait to read the next book. I would highly recommend this book to others. Five out of five stars is a given.
Leggi di più
Segnala un abuso
Traduci recensione in Italiano

Tracy Shayler
4,0 su 5 stelle Loved it!!
Recensito nel Regno Unito 🇬🇧 il 4 marzo 2013
Acquisto verificato
This is the first book by Julia Crane that I have read and after reading Freak of Nature I am now looking forward to reading more from this author. I was not sure I was going to enjoy this book as I tend to prefer Crime/Mystery books but once I started reading I quickly got engrossed in the story and found I just didn't want to put the kindle down. The story is unusual and I can imagine lots more books to follow, well I'm hoping there is. I really enjoyed this book it was very easy to read with a gripping story line that was totally different from anything I have read before. The characters were believable as well as being lovable ....I can not wait to read the next book in this series.
Highly recommended!
Leggi di più
Segnala un abuso
Traduci recensione in Italiano

Halo Reader
4,0 su 5 stelle Better than expected but some reservations
Recensito nel Regno Unito 🇬🇧 il 2 aprile 2015
Acquisto verificato
I had been meaning to read this for some time and finally completed it. The blurb should provide enough of an idea about the premise of the story.

The story itself was interesting and you soon find yourself carried along with the story and all the twists in the plot, even those some could be seen coming long before they arrive. The story was better than I had anticipated, however, towards the end of the story it takes on a very feminist stance which was unnecessary and hence I have some reservations regarding the next books in the series.
Leggi di più
Segnala un abuso
Traduci recensione in Italiano

Steve mak
5,0 su 5 stelle good for Julia bad for me
Recensito nel Regno Unito 🇬🇧 il 27 gennaio 2015
Acquisto verificato
Did it make me want to read it? Yes it did. It interfered with my current novel; good for Julia bad for me. I enjoyed it greatly, I've read reviews that make out that Kate would be more vengeful to her doctors and to Lucas. I don't think so, she was in her early teens when awoken. I think she was portrayed accurately. Faults? All our novels have them, here there were very few for me. I'd have taken longer to develop her relationship with Lucas but that's me; I'm not right, just different. I'd definitely recommend Freak of Nature.
Leggi di più
Segnala un abuso
Traduci recensione in Italiano
Visualizza tutte le recensioni
Segnala un problema
Questo articolo ha contenuti inappropriati?
Segnala
Credi che questo articolo violi un copyright?
Segnala
In questo articolo sono presenti problemi di qualità o di formattazione?
Segnala