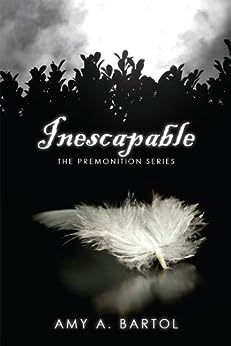 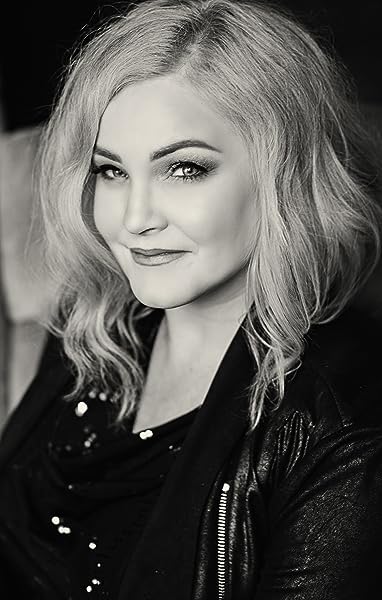 My name is Evie Claremont and this was to be the making of me–my freshman year of college. I’d been hoping that once I’d arrived on Crestwood’s campus, the nightmare that I’ve been having would go away. It hasn’t.
I may be an inexperienced seventeen-year-old, but I’m grounded…sane. I look for rational explanations to even the strangest circumstances. Since meeting sophomore Reed Wellington, however, nothing makes any sense. Whenever he’s near, I feel an attraction to him–a magnetic kind of force pulling me towards him. I know what you’re thinking…that sounds fairly awesome. Yeah, it would be…if he liked me, but Reed acts as if I’m the worst thing that has ever happened to Crestwood…or him. But get this, for some reason every time I turn around he’s there, barging into my life.
What is the secret that he’s keeping from me? I’m hoping that it’s anything but what I suspect: that he’s not exactly normal…and neither am I. So, maybe Crestwood won’t be the making of me, but it could be the breaking of me. I’ve been left to wonder if the dark future my dream is foretelling is…inescapable.
Leggi di più
Previous page
Next page

Kindle Customer
5,0 su 5 stelle Wow!
Recensito nel Regno Unito 🇬🇧 il 23 maggio 2021
Acquisto verificato
I honestly don't know why I hadn't read this series yet. It comes so highly recommended and it is certainly justified! It's so good. I love the world building and the suspense - I avoided any spoilers so everything was a complete surprise to me, which is awesome! The MC is great, not whiny or overly predictable (if that's something that worries you). She's perfectly written for a 17/18 year old, but still relatable enough for (cough) slightly more mature readers like me. This book is a quality read. Definitely YA so don't expect excessive steam on every page in place of plot if that's what you're into (I'm not, so this is definitely my jam). Please excuse me while I download the next instalment and lose more sleep...
Leggi di più
Segnala un abuso
Traduci recensione in Italiano

JudeC
3,0 su 5 stelle OK but won't continue with the series - lack of free will doesn't appeal to me
Recensito nel Regno Unito 🇬🇧 il 14 agosto 2020
Acquisto verificato
I was eager to read this after enjoying the Secondborn series but I won't continue with this series. Evie is very young, pretty naive and spends all her time trying to save people who can clearly save themselves. This doesn't make her angelic, it makes her irritating. However, my main concern is the total lack of free will that Evie has - she is initially obsessed by Russell who is her soul mate and even more obsessed by Reed, a several thousands of years old angel who only has to speak Angel to Evie to have her crawling all over him. At no point is she making real choices about the men in her lives - other than Freddie perhaps - it is all preordained for her. I had a brief look at the other books in the series and it seems that this will also happen with the character Brennus (plus faux Irish accent?) in which case it's better that I part ways with the series now. For 99p it was OK.
Leggi di più
Segnala un abuso
Traduci recensione in Italiano

DonnaC
5,0 su 5 stelle Never thought I would love a paranormal, but I adore this series
Recensito nel Regno Unito 🇬🇧 il 11 novembre 2013
Acquisto verificato
5 stars!! (I reviewed this as a series but have cut and pasted the relevant excerpts to each book)

Another author recommended this series to me, at the time, I did not know it was a paranormal. Because I trust this author implicitly, I downloaded all 4 books, agreeing that we would buddy read the 4th book. Anyone who knows me, knows I do not read paranormal. I have never quite been able to get into this genre. A few series have caught my attention and I have read them but not to the degree that Amy Bartol did.

To say I loved this series is a serious understatement because I absolutely adore this series. I was captivated from the start and read all 4 books in 3 days, I seriously could not put them down and as soon as one was finished I opened up the next and just carried on.

Inescapable ~ This book is really the foundation to the whole series. It really sets the scene well and you cannot help but connect to all the characters. Evie, I loved this girl, she never really had a sense of belonging, never knew her father and her mother died when she was born so her care was entrusted to her uncle, who was young at the time. As she got older, she more or less became the parent, looking after him and mothering him, but their relationship was close and extremely special. It broke her heart to leave him to come to college. When she arrives at college she knows no-one except a guy that she met once when she visited campus, he sort of takes her under his wing. But is this a good wing or a bad wing?

It is not long before she meets Reed and Russell, yes this is a love triangle of sorts but not your usual, Evie is extremely attracted to Reed, she can sense when he is near, he gives her butterflies but he seems to hate her. It turns out Reed is just extremely conflicted but we do find out why and goes someway to explain his rather erratic behaviour. Russell is extremely attracted to Evie, but she only ever sees him as a friend, but their friendship is intense.

Amy Bartol, sucks you in to this story hook, line and sinker. It soon becomes apparent that Evie is not all that she seems. The trouble is that Evie has no idea what is happening to her, luckily for her Reed is there for her and they soon work through their differences and once things are explained and are out in the open, they both give in to their mutual attraction and they become a couple.

All the characters in this book are written so well that they come to life, I totally adore Zee, Buns and Brownie too. I just hope that the good conquer the evil!

I absolutely loved Reed, in the beginning it was hard to understand where he was coming from, but once I was aware I was TEAM REED. If anyone comes between these two, I will kill them, seriously!! I was glad that Evie never really entered into the whole Love Triangle thing with Russell. The lines were set between them early on. I must admit the soul mate bit was a bit hard to take and left me with ill feeling as I was so Team Reed and was worried that at some point this may come between my cute and happy couple. We will see where this goes going forward. I am diving in right now!!

"Evie, you are the only thing that makes me want to live. If you leave here, if you ascend to Paradise, or even if you are cast into the abyss, or taken there by the Fallen...I will have to follow you, no matter where you go. Even if I have to pursue you into the dark...if you cease to be, then so will I. You are my sin and my redemption."

On that note, I will leave you with a brief summation. In short, this series is brilliant, amazing, fabulous, addictive and totally captivating. A story line that will keep you guessing, you can never assume anything as Amy Bartol will totally sneak up and bit you the bum. The twists and turns and plot curve balls will have you on the edge of seat, gripping the sides wondering where you are going next.

I want to see this series on the big screen, seriously, this series was made for the big screen. I often found myself at times picturing how a scene would play out on film in bright technicolour. The way Amy Bartol describes scenes in this book has your senses on hyper drive and your imagination running wild. In all seriousness, this would seriously kick some ass in the movies. It needs to be done and more importantly deserves to be done.

I cannot highly recommend this series enough, for both paranormal lovers and those who have not tried or think they don't like this genre. Be next in line to be converted, you will hopefully fall in love with this series as much as I have. Totally and utterly adored it!
Leggi di più
12 persone l'hanno trovato utile
Segnala un abuso
Traduci recensione in Italiano

Shape Shifting Master
2,0 su 5 stelle Meh
Recensito nel Regno Unito 🇬🇧 il 26 agosto 2014
Acquisto verificato
Well I'll start by saying that I liked the concept and the narrative was very well written; great descriptions and the action scenes were pretty gripping and it was a fairly interesting premise about good and evil even though it was a little black and white all things considered.
What I really didn't like were the characters who all seem very superficial, there's no real depth to any of them and I just didn't understand why the main character was interested in either of her love interests. That's just how I feel anyway, it could just be me being cynical.
I was fairly bored throughout the book with the exception of a few interesting moments but I found myself rolling my eyes a lot when it became apparent that every character even those trying to kill the main character find time to stop and admire her. Everyone finds some bizarre excuse to tell her she's smart, beautiful and completely fascinating at least that was my impression anyway.
I don't mean to be harsh; I will definitely find another of this author's books to read since there was definitely some golden bits of writing but I won't go on with this series. Sorry.
Leggi di più
6 persone l'hanno trovato utile
Segnala un abuso
Traduci recensione in Italiano

louise sumner
5,0 su 5 stelle An honestly beautifully written novel
Recensito nel Regno Unito 🇬🇧 il 15 gennaio 2020
Acquisto verificato
It has been a long time since I've loved a book this much that I've barely put it aside! I love the characters, especially Evie who is just so lovely, a truly good person as well as being refreshingly intelligent , funny and interesting. It is easy to imagine why everyone is so drawn to her. I feel that Reed is a bit too rude with his demands at times but I still like him. It is a beautifully written tale, warm and easy to see the scene in your mind as it is described so well. I'd love to see a film version of this but only with the author's complete approval (as often film producers ruin the 'soul' of the book that only the writer can provide).
Leggi di più
Segnala un abuso
Traduci recensione in Italiano
Visualizza tutte le recensioni
Segnala un problema
Questo articolo ha contenuti inappropriati?
Segnala
Credi che questo articolo violi un copyright?
Segnala
In questo articolo sono presenti problemi di qualità o di formattazione?
Segnala