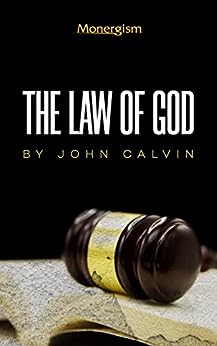 "To be Christians under the law of grace does not mean to wander unbridled outside the law, but to be engrafted in Christ, by whose grace we are free from the curse of the law, and by whose Spirit we have the law engraved upon our hearts." ~ John Calvin

We have seen that men must be worse than insane (whatever they say) if they do not come to the Lord Jesus Christ for salvation. For if they cling to the law, it will only bring damnation, as I have shown; this is borne out sufficiently by our own experience. Indeed, when Paul in his Epistle to the Romans seeks to prove that men are greatly deceived if they trust in their own merits, he points out that the law can only bring God’s wrath and vengeance upon us (Rom. 4:15). For although we already stand condemned (even before God has opened his mouth in judgment against us), our evil is exposed by the law because it is written that if we transgress in just one area, we are God’s enemies and have provoked his wrath against us.

We All Stand Condemned by the Law

The Law Renders us Inexcusable and Dirves us to Despair

Freedom from the Bondage of the Law

The Spirituality of the Law

When Curse Becomes a Blessing

The Word our Only Rule

Exposition of the Moral Law

Christ Known to the Jews Under the Law, Yet on Manifested Under the Gospel

Curated from the Institutes of Christian Religion.