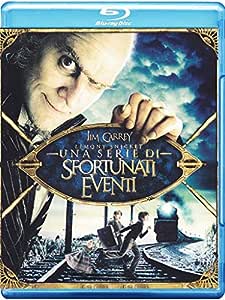 Suffice it for me to say that it is one of my all-time favorites... and it is for that reason that I have been wanting it in high-definition since the release of HD-DVD and Blu-ray players in 2006. Much to my dismay, it has only been available either as a Region-B Blu-ray disc -- which my former Region-A-only player was unable to play -- or as various other non-English-labeled "All-Region" versions, all of which have generally been (prohibitively) priced somewhere around $40.

With that in mind, having finally acquired an all-region BD player earlier this year, when I saw, last week, that this Region-B issue was finally being offered for the price of a "normal" Blu-ray, I grabbed it.

When it arrived today, however, I noticed that there is no region-code labeling at all, on either the packaging or the disc itself. Since my player was set to play Region-A Blu-ray discs, I popped the BD in... and to my absolute delight, it played flawlessly. So for any of you out there who want this BD title at a reasonable price... this one, like all the others, is also All-Region. Get one while you can!

By the way... another thing about this disc to be grateful for, is that you are not forced to put up with ANY distracting ads or previews. The initial screen simply offers you a choice of several languages from which to choose, and selecting "English" gives you DTS HD Master Audio 5.1 (!!!!!) and starts the film. This morning -- since this was just a test run of the disc itself -- I only watched the first few minutes of the film... but so far, it certainly appears to be a great transfer; very sharp, and with perfect contrast.

I haven't watched this wonderfully darkly-humorous film since I got the original SD-DVD of it back in 2004, so I'm truly looking forward to spending a literally fantastic evening with it, tonight.