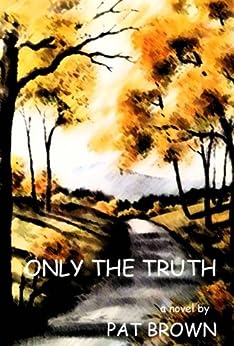 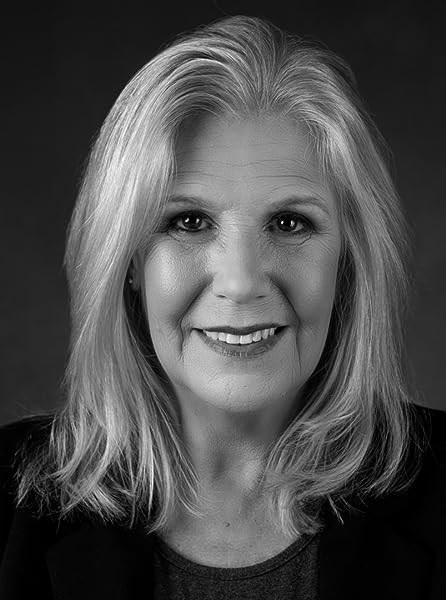 Edizione Inglese di Pat Brown (Autore) Formato: Formato Kindle
Visualizza tutti i formati ed edizioni
Sorry, there was a problem loading this page. Try again.
Harkening back to the writing styles and small town settings of earlier American authors – John Steinbeck, Harper Lee, and Carson McCullers - "Only the Truth" is a psychological mystery with as many twists as the country road leading to the humble home of Billy Ray Hutchins, a lonely uneducated man living in the hills of Arkansas. Life changes little for him from day to day until he brings home a young drifter he meets at the railroad tracks, the mysterious Charlene, whose last name he never asks. He becomes her Sweet Billy Ray and his love for Charlene is steady and uncomplicated until the sheriff shows up to take her away in handcuffs. With the only woman he has ever loved behind bars for the coldblooded murder of the old man across the road, a confused and devastated Billy Ray sets out on a quest to find the truth, only the truth, whether it leads him to be able to save his Charlene from a death sentence or it frees him from her spell.


PRAISE for ONLY THE TRUTH!

Brown does a masterful job engaging the reader while weaving the psychological tapestry of love, loss, brutality and shame that challenges us to think. – Blink on Crime

This well-written novella has it all: interest, suspense, great characters, and a surprising conclusion. - Fifty is the New Forty

Billy Ray Hutchins, Police Chief Williams, Mrs. Covey – positive African-American characters– in a heartwarming book that has nothing to do with race. – Books of Worth

Only the Truth is such a special treat and ‘Sweet Billy Ray’ is so endearing, an innocent heart, venturing down life’s rocky road. I already miss him and it’s like missing a good ole’ friend. – Kathleen McLaughlin, Business End of the Pen

Criminal Profiler Pat Brown takes the reader on a psychological ride as the main character Billy Ray Hutchins wrestles with the fact that he lived with and loved a murderer. Billy Ray is best described as a country bumpkin, his world is turned upside down, and he is forced to go into the mind of a killer. Only the Truth is a real page turner that is sure to keep readers interested from start to finish! - Levi Page, The Levi Page Show

Pat Brown is a nationally known criminal profiler and television commentator. She is the CEO of The Sexual Homicide Exchange and president of The Pat Brown Criminal Profiling Agency. Having made over two thousand television and radio appearances in the United States and worldwide, Pat Brown is well known for her crime commentary and for her profiling and forensic analysis. She can be seen regularly on MSNBC, CNN, FOX, NBC, and CBS, and is a frequent guest of Nancy Grace, Dr. Drew, Jane Velez-Mitchell, Inside Edition, and The Today Show, Pat Brown was the host and profiler for the 2004 Discovery Channel documentary, "The Suspicious Death of Cleopatra" and the 2010 Discovery Channel "Mystery Files" in which she revealed a new Jack the Ripper suspect. Pat Brown is also the author of "Killing for Sport: Inside the Minds of Serial Killers" (Phoenix Books 2008), "The Profiler: My Life Hunting Serial Killers and Psychopaths" (Hyperion Voice 2010), and the upcoming "How to Save Your Daughter's Life" (HCI Sept 2012), and "The Murder of Cleopatra (Prometheus Feb 2013).
Leggi di più
Previous page
Next page

Mike O'D
4,0 su 5 stelle Sprint finish
Recensito nel Regno Unito 🇬🇧 il 1 settembre 2012
Acquisto verificato
This would have merited four and a half stars except for the ending. Fast wind-up is often a good thing but here it was too brusque and felt unsatisfactory although all the threads were tied up. Not entirely all the threads since, unless I missed something, the riddle of Billy Ray's relationship regarding the photo was not explained at all. The police also seemed a little too eager to accept their own reading of the possible crime scene.
Otherwise a well-written tale with the hero an illiterate black man living alone out in the sticks (not completely alone since he has Big Dog for a while). A nicely drawn character that only occasionally seems wiser than he ought to be.
I haven't read any of the reviews but there are plenty of them so I guess most aspects have been covered. The only faults (apart from the ending) were that, on my Kindle at least, most of the latter part of the text was annoyingly centre aligned. There were also two Chapter IIIs.
Leggi di più
2 persone l'hanno trovato utile
Segnala un abuso
Traduci recensione in Italiano

Then comes the drama and the mystery. It kept me entertained and it's all told at a nice pace but the characters and their actions don't quite ring true all the time. I also guessed the ending well before the end and there was an annoying `clue' which was heavily built up in the last third of the book - and then completely ignored and left unexplained at the end.

It was a difficult decision whether to give this book a 3 or 4* rating. Ultimately, though, (since Amazon doesn't allow half marks) I felt I couldn't quite justify 4*s.
Leggi di più
6 persone l'hanno trovato utile
Segnala un abuso
Traduci recensione in Italiano

J. Ward
5,0 su 5 stelle Great Read
Recensito nel Regno Unito 🇬🇧 il 16 novembre 2019
Acquisto verificato
Pat, I really enjoyed the way you wrote as Billy Ray & the others would have spoken. It was a great story and it made a refreshing change to read a book that wasn't full of pointless waffle just to fill out the pages...
Leggi di più
Segnala un abuso
Traduci recensione in Italiano

Carole
5,0 su 5 stelle Very compelling
Recensito nel Regno Unito 🇬🇧 il 21 agosto 2012
Acquisto verificato
Bought this ebook as the reviews seemed quite good. I thought it was brilliant I read it one sitting until 2am, could not put it down I needed to find out the outcome. Had a few twists to the plot which made it compelling reading. You could feel sadness for Billy Ray who wanted to find the answers. Thought it was well writen and didnt waffle as most novels do. All in all a very good read.
Leggi di più
Segnala un abuso
Traduci recensione in Italiano