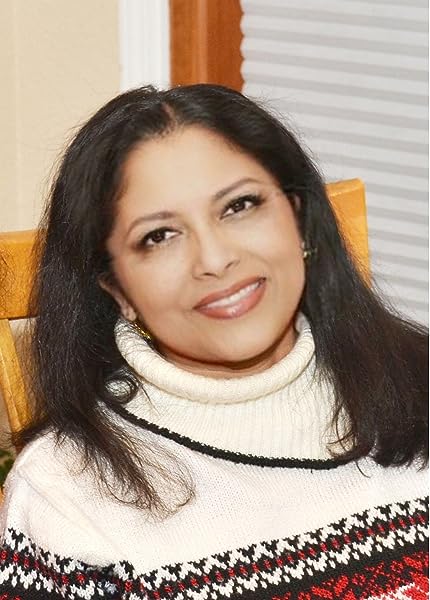 This book is a great resource for people who enjoy polyhedra, symmetry, geometry, mathematics and origami. The types of models presented are similar in nature to the models in Mukerji's Marvelous Modular Origami, but some of the chapters are more advanced and all of the designs are new. The reader can learn about polyhedra while making these models and is left with the ability to design one's own models.

Step-by-step folding instructions for over 40 models are presented. Although the book is for intermediate folders, beginners are encouraged to try because origami basics are explained. The diagrams are easy to follow and each model is accompanied by breathtaking finished model photographs.

Ornamental Origami is Meenakshi Mukerji’s second book on modular origami. Those of you who are familiar with her first book will find that this second installment to be just as well organized with a slew of new origami models.
―Origami Resource Center, 2011

Opening Ornamental Origami by Meenakshi Mukerji gives me a pleasurable feeling. The glossy paper pages with their colorful photographs that alternate with step-by-step how-to directions entice me to pick up paper squares right away and start folding. In this second book by Mukerji there are 40 more clever, geometric, modular origami models for paperfolding enthusiasts.
―Florence Temko, February 2009

This is another excellent book by one of the rigami community’s highly-creative authors . . . and, just as with her first book, anyone looking to start out in decorative modular folding will also find this book a great resource.
―Anne LaVin's Origami Blog, February 2009

Ornamental Origami is a wonderful book for both math and origami lovers alike. . . . the author provides wonderful, clear descriptions and beautiful photographs. Another interesting aspect of the book is the afterward: a small collection of mathematical exercises related to folding paper. The problems were thought-provoking and again bridged the gap between math and origami.
―MAA Reviews, March 2009

Using color extensively in both diagrams and photographs, [Mukerji] walks readers through the elaborate constructions and illustrates the final pieces.
―Book News, May 2009

Meenakshi Mukerji’s book is essentially a study of polyhedra but in a way that brings out the symmetry in subtle ways. . . . It builds up very complicated results from simple modules so that even a beginner in origami can follow and learn about polyhedral symmetry by assembling them. It should definitely find a place in school teaching or mathematics clubs.
―John Sharp, The London Mathematical Society Newsletter, May 2009

This book is an excellent contribution to the growing interest in and publications on origami, the art of paper folding. The author uses a special (construction) method called modular origami. That means she folds identical modules, called units which are assembled (on 'tabs' and 'pockets') to the final model. This method is also the content of the author's first book Marvelous Modular Origami which should be regarded as the basis of this new book. The author points out the underlying mathematics behind her origami. ... In marvelous coloured pictures, more than 40 modular origami models are shown with explicit instructions for the construction. ... The reader is invited to follow the passion of paper folding inspired by the beautiful examples in this book.
―Gertraud Ehrig, Zentralblatt MATH, September 2009

This book, for both beginners and experts, provides guidance in creating modular origami from the basic to the intricate, including planar origami models. The target audience includes artists, mathematicians, and students over twelve. ... The book's strengths include (1) explaining the symbols and terminology and (2) applying mathematics to the planar models. The diagrams in the book help users follow along. ... I recommend this book for math teachers who want to collaborate with art teachers.
―Colleen Eddy, Mathematics Teaching in the Middle School, January 2010

Meenakshi Mukerji was born and raised in Kolkata, India. She obtained her BS in electrical engineering at the prestigious Indian Institute of Technology, Kharagpur, and then came to the United States to pursue a master’s degree in computer science at Portland State Univeristy, Oregon. She worked in the software industry for more than a decade before attending a class by Doug Philips, at which point she started folding modular origami and displaying it on her website (www.origamee.net). She has many designs to her credit. In 2005, Origami USA presented her with the Florence Temko award for her exceptional contribution to origami. Her first book, Marvelous Modular Origami, was published in 2007.

Boris_amj
5,0 su 5 stelle Among the best
Recensito nel Regno Unito 🇬🇧 il 22 novembre 2013
Acquisto verificato
Possibly the best of the four published books by Ms Mukerji.
This edition comes in full colour and the pages are glossy and rich in content.

The models are intricate and difficult to assemble, so I would not recommend this book to beginners (other than for the sheer pleasure of looking at them, that is).

These designs are quite precise as is common in books about unit origami and are comparable to the very best in the field (I am thinking of Fuse Tomoko, of course). There are some very original ideas which can be easily changed to create some interesting variations.

Arthur Carico
5,0 su 5 stelle Worth to have if u are an origami enthusiast
Recensito nel Regno Unito 🇬🇧 il 14 febbraio 2013
Acquisto verificato
Its very colourful and good explanation too. I do think though that it is not a beginners book. However the book is very good at explaining in the first few pages about what symbols means and all so if u are good at catching that u are good off to start. There are also some good beginner tutorials on the net which is good to start with. but back to the book its amazing with very decorative projects and a joy to make as they are also a mindful challenge.
Leggi di più
2 persone l'hanno trovato utile
Segnala un abuso
Traduci recensione in Italiano