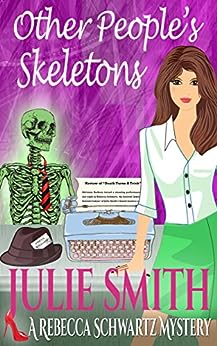 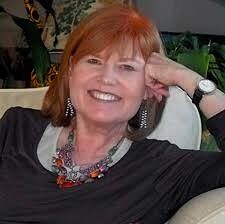 Edizione Inglese di Julie Smith (Autore) Formato: Formato Kindle
Libro 5 di 6: The Rebecca Schwartz Series
Visualizza tutti i formati ed edizioni
Sorry, there was a problem loading this page. Try again.
This is the FIFTH Rebecca Schwartz mystery by Edgar-winning author Julie Smith.
“Smith has perfect pitch ... a multilayered mystery. A believable heroine.” --Booklist
“Smith is a very funny writer with a nice feel for the absurdities of urban life.” --San Francisco Examiner
WHAT SHE'S ABOUT TO LEARN WILL ROCK HER WORLD!
Rebecca Schwartz, “Jewish feminist lawyer,” as she’s fond of saying, thought she knew her best friend--and her boy friend. Not to mention her family. But everything’s about to change.

Secrets spill out of these pages like hornets out of a nest, each with its own distinct sting, as author Smith weaves a thrill-packed and complicated San Francisco mystery that’s as much about how little we know about our nearest and dearest as it is about whodunit.

Rebecca’s shocked when Chris Nicholson, her glamorous law partner, is arrested for murder--but not nearly so shocked as when she discovers Chris can’t come up with an alibi. What she was doing, Chris says, involves a secret so damaging she’d be drummed out of San Francisco legal circles if anyone knew. All she’ll say is what her secret isn’t--crime, drugs, sex, alcohol, addiction, illness (mental or otherwise), or an eating disorder. So what’s left? Sure enough, when Rebecca uncovers it, her world tilts on its axis—and continues to list, ever more dangerously, as the story picks up speed and this formerly rational lawyer (and, ok, amateur detective) finds her worldview threatened by things she never knew existed. At least not in her circle! And Chris is far from the only one with a skeleton in her closet.

The murdered man, Jason McKendrick, was a much-loved columnist, a carefree bachelor with a million glamorous women, who also happened to have a very special friend who slept on a filthy mattress in his apartment. As Rebecca and Chris peel back the layers of Jason’s complicated world, they find he was leading not just a double life, but maybe many more. Only one person knows what made him tick. But can she stay alive long enough to tell his story?

WHO LIKES IT: Those who appreciate complicated plots, twists and turns, and the odd flight of fancy regarding philosophical issues. ( i.e, Is it real if you can’t see it?)

WHO DOESN'T: Some readers have felt this and the previous Rebecca Schwartz book, DEAD IN THE WATER, were somewhat different from the first three--edgier, more realistic, and...well, just not as funny. We say: guilty as charged; they’re a little more thoughtful. (Sorry! They just came out that way.) Some don’t like the way the characters wrestle with issues of religion and lack of same—so it's probably not for those offended by the notion that not everyone is Christian or Jewish. And some think it wanders a bit. Well, it does—into those aforementioned murky philosophical waters. If swimming in them makes you gasp for air, give this otherwise delightful, somewhat funny chick lit mystery a wide berth. Whatever you decide, we've got your back: if you think you’ll like it and you guess wrong, we’ll refund your money and throw in a free book! Just write to julieorleans@cox.net for your refund, new book, and a good soundoff. That’s right: punch us out. Give us hell. We aim to please, whatever it takes!

“Julie Smith writes like jazz should sound--cool, complex, and penetrating right to the heart.” -Val McDermid

gets inside her characters like Julie Smith."<br>Linda Barnes<br>When Rebecca Schwartz learns that her best friend and legal partner Chris Nicholson is accused of murder and won't give an alibi, Rebecca gets curious. To her amazement, Rebecca finds that her partner has a secret life--and so did the victim, dashing critic Jason McKendrick. For that matter, so does everyone else in the case, causing Rebecca to wonder what planet she's stumbled onto. One thing she knows with certainty: She has to shake some skeletons from the closets--and fast--or Chris is going to prison.... --Questo testo si riferisce a un'edizione fuori stampa o non disponibile di questo titolo.

Donnab
5,0 su 5 stelle Thriller With a Twist
Recensito in Canada 🇨🇦 il 18 febbraio 2017
Acquisto verificato
I read the first in the Rebecca Schwartz series and it was excellent. This one is as well but adding the psychic twist adds an extra dimension to the story. This is a highly entertaining story with a surprise knuckle biting ending.
Leggi di più
Una persona l'ha trovato utile
Segnala un abuso
Traduci recensione in Italiano

Dixiegirl
3,0 su 5 stelle Not what I expected.
Recensito negli Stati Uniti 🇺🇸 il 14 maggio 2017
Acquisto verificato
Well, it's OK. Not horrible but not a riveting mystery. Someone said they didn't understand the name but it is glaringly obvious based on the fact that everyone has one in their closet. Even the main character. The real challenge is figuring out which closet has the most interesting skeleton.

There is a mystery here. Who killed Jason McKendrick? However, after reflection, this book is basically a philosophical rant by the main character. No one fits into the molds she'd constructed for them. This is the problem with the book. The story, whatever it was, is overpowered by these rants against religion (two specifically) and the fact that her friend has become a psychic (which she appears to equate with a religion, too) and she can't figure out which man she wants in her life. All of which are exceedingly boring.

Had she stuck with the real mystery and saved the rant it could have been a better, albeit far shorter, story. But that's just me. I could care less about the religious aspect. If I wanted a book about religion, I'd go to the Christian bookstore. However, it is also a bit hypocritical to spend a lot time of writing about how Christians are intolerant when the Main Character is highly intolerant of quite a few things. But of course, it is fiction...

I have a book about writing by this author and it is pretty good. I've never read any novels by her and I see that this one is the 5th in a series. That's too bad because I probably won't read the previous ones. It was just poorly constructed. I wonder if she just wanted to get this series over with?

One note, I have the Kindle version and in the book description is a "Review the Reviewers". I've never seen this done before by an author and in fact, I don't know if the author wrote it or not but it was quite snarky about the reviewers, almost insulting. So, to whoever wrote it, I might point out, reviews are the opinions of the readers, whereby sales are made or broken. If that is a problem, writing might not be a good occupation. Since the writer is not an inexperienced writer, I have my doubts that she wrote that particular item. I find it a bit cheap to insult people because they didn't like the book for whatever reason, valid or not. Books have to stand on their own merits and if they require a sniper to fire at the reviewers who don't like it, perhaps that is the best clue as to the merits of the book.
Leggi di più
9 persone l'hanno trovato utile
Segnala un abuso
Traduci recensione in Italiano

Just An Ordinary Gal
4,0 su 5 stelle A Psychic, A Lawyer, and A Reporter Walk into A Mystery
Recensito negli Stati Uniti 🇺🇸 il 13 ottobre 2013
Acquisto verificato
Julie Smith is an effective writer who understand the trade of mystery writing. I was glad to get this as a free download; I had forgotten I previously had enjoyed one or more of Smith's New Orleans mysteries.

Smith does a good job of creating verisimilitude in everyday characters, people we might meet in our own lives. Too often, people in mysteries fall over body after body with little or no effect on their emotions. In reality, encountering dead bodies, not to mention a murder charge for one of the characters, being shot at, and a suicide attempt are enough to give many of us post-traumatic stress syndrome. The mood of stress is captured.

The heroine, attorney Rebecca Schwartz, does a great deal of intellectual huffing and puffing when she finds out her law partner is psychic. A confirmed empiricist, Schwartz goes into philosophical shock and describes the revelation of rocking the foundations of her world. Later, she is surprised to find out her attorney father also relies on intuition. It seems unlikely that Schwartz would not have known this about her father, whose advice she values. Every time Schwartz's mental gymnastics over this started to be tedious, Smith deftly moves on.

Smith's strength is creating believable characters. Even though some of the peripheral personalities might be described as eccentrics, each makes a unique impression on Schwartz that is ably conveyed to the reader.

The ending is abrupt. This is part of a series, so I imagine some of the threads are taken up in future novels. Even so, I thought a few more pages would have helped with a smoother landing.

Plot developments grow out of the apt characterizations. The ultimate motivation and explanation is one you probably have not encountered; I have read a great deal all my life, and I found it interesting. The villain is cleverly hidden in plain sight. Whilst the writing won't set your imagination on fire with passages you want to quote, nor is there snappy memorable dialogue, it all hangs together for a well-written story that won't disappoint.