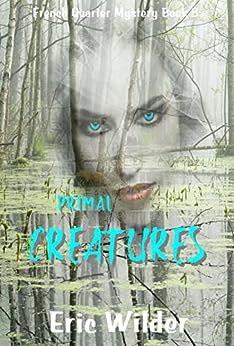 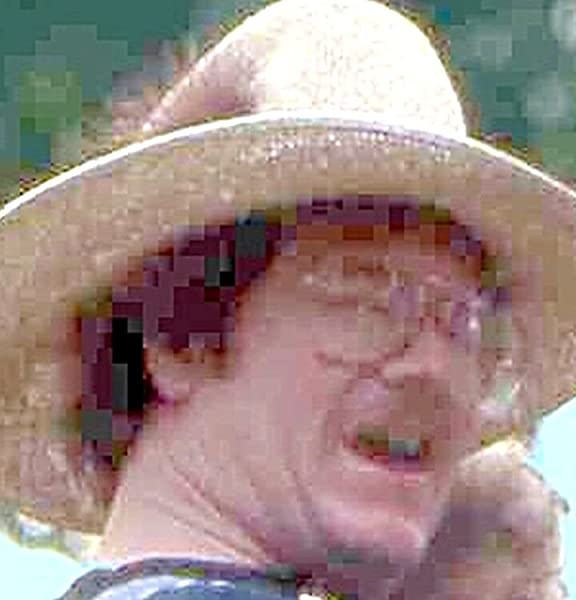 When you hear the howls, don't go near the swamp

Paranormal investigator Wyatt deals with a heinous death on an island resort for actors, artists, and writers. Strange monks, Cajun werewolves, and people in a fishing village who practice voodoo populate the island. An old voodoo woman tells Wyatt, "There are creatures on this island that only walk at night." Will Wyatt solve the murder mystery and uncover the island's dark secret, or become a victim to the swamp's horrid creatures?

Carla
5,0 su 5 stelle I wasn't disappointed. When I finished the Epilog
Recensito negli Stati Uniti 🇺🇸 il 4 giugno 2015
Acquisto verificato
O.K. So this is the third book of the French Quarter series by Eric Wilder that I've read. And once again, I wasn't disappointed. When I finished the Epilog, the first thing to pop in my brain was, "What a literary romp that was!" While this book can easily stand alone, I'm glad I've read the series in sequence. There's a wonderful, likeable ensemble of characters that weave through all three, beginning with the hero, Wyatt Thomas. You just gotta love this recovering alcoholic with a soft spot for cats, an insider's knowledge of the many facets of New Orleans, and an uncanny ability and fearlessness when solving mysteries. Combine all that with a case that involves voodoo, werewolves (or for this tale, rougarou) a catastrophic hurricane the likes of Katrina, pampered celebrities, strange monks, and gory, seemingly unexplainable murders and you have a read that, like I said, is a real romp! Eric Wilder is a master storyteller who can almost make the bizarre, believable. On to #4!
Leggi di più
6 persone l'hanno trovato utile
Segnala un abuso
Traduci recensione in Italiano

Penny Bolla
5,0 su 5 stelle Another great one
Recensito negli Stati Uniti 🇺🇸 il 10 luglio 2021
Acquisto verificato
What an awesome series. Great stories and characters, with
A little New Orleans history and not to mention horror and meyham thrown in for good measure. Buy this series, you will not be disappointed, I did
Leggi di più
2 persone l'hanno trovato utile
Segnala un abuso
Traduci recensione in Italiano

GeekGrrl
4,0 su 5 stelle Werewolf, Cajun-style
Recensito negli Stati Uniti 🇺🇸 il 23 marzo 2013
Acquisto verificato
A rougarou is a Cajun werewolf. There may, or may not, be a pack of them living at the old monastery turned Hollywood retreat on Goose Island, south of New Orleans. Then again it could be zombies or maybe one of the Hollywood types got homicidal realizing they were going to spend their career so far off the beaten path it may as well be a different world. That's what P.I. Wyatt Thomas is hired to discover in PRIMAL CREATURES. Along the way, Wyatt, and a hugely entertaining cast of Southern cops, voodoo mambos, Hollywood glitterati, non-Catholic monks and more, must face their fears, each other and a freak hurricane if anyone is ever going to get to the truth.

This is the third Wyatt Thomas mystery novel by Eric Wilder and although I've enjoyed them all, this one is my favorite. Possibly because Wilder's rougarou is not only scientifically plausible but also because there is a rich flavor that clings to this book that is missing in other supernatural mysteries set in Louisiana (yes, I'm talking about the Southern Vampire Mysteries by Charlaine Harris). Either way, PRIMAL CREATURES is an entertaining and quick read that will keep you on the edge of your seat right to the end.

You don't have to know anything about voodoo, southern folklore or even the two previous Wyatt Thomas novels to enjoy PRIMAL CREATURES. If you like mysteries and the preternatural, you'll like PRIMAL CREATURES. I certainly did!
Leggi di più
3 persone l'hanno trovato utile
Segnala un abuso
Traduci recensione in Italiano

Chris Christian
5,0 su 5 stelle Fantastically creepy!
Recensito negli Stati Uniti 🇺🇸 il 23 luglio 2013
Acquisto verificato
A little predictable, and the characters put themselves into danger at times for no apparent (or sufficient) reason. But one only has so many pages one can put in a book before the reader becomes bored, I guess. (Spoiler alert) I really liked the scenes where the affected people transformed into rougarous, and some of the descriptions were just so very entertainingly visceral, they made me want to go "ewwwwww" out loud.

The repartee and chemistry between Sierra and Professor Quinn was delightful. And being such an animal person as I am, I really appreciated the interludes with Kisses, King Tut and Chuckie.