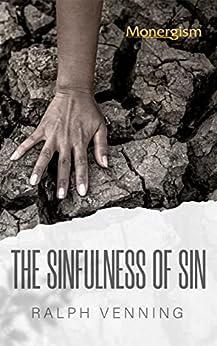 SIN, THE PLAGUE OF PLAGUES, or

The just vindication of the Law of God, and no less just accusation and condemnation of the sin of man.

SIN, The Plague of Plagues, was first published in 1669, four years after the Great Plague of London. The author wrote: "As to the sinfulness of sin, I have indeed handled it most fully, as it is against man's good and happiness."

‘Was then that which is good made death to me? God forbid. But sin, that it might appear sin, working death in me by that which is good; that sin by the commandment might become exceeding sinful.’ (Romans 7.13)

Being about to treat of the exceeding sinfulness of sin, it is not only expedient, but necessary that I preface and premise certain things:

(1) That God made all things very good (Genesis 1:31). They were all endowed with the perfections which were suitable to their several beings, so that none of them could find fault with or complain of God, as if he had owed them any thing or had made them defective.

(2) Yet of these the two most eminent and principal degrees of creatures quickly degenerated. Some of the angels sinned, and kept not their first estate, but left their own habitation (Jude 6). And by giving way to their subtle insinuations, the man Adam, who was a common person, sinned also (Genesis 3). And thus ‘by one man sin entered into the world, and death by sin; and so death passed upon all men, for that all have sinned’ (Romans 5.12).

(3) As to the angels that fell, God left them irrecoverable. For God spared not the angels that sinned, but cast them down to hell (2 Peter 2.4), and has reserved them in everlasting chains under darkness, unto the judgment of the great day (Jude 6). Christ Jesus, the Mediator and Redeemer, took not on him angels, or, as it is in the margin, takes not hold of angels (Hebrews 2.16). But it pleased God to pity man; his saving grace and loving-kindness have appeared to man, and that, in Christ Jesus (Titus 2.11; 3.4). His delight was with the sons of men, the habitable parts of the earth (Proverbs 8.31), and therefore he took on him the seed of Abraham (Hebrews 2.16).

(4) This doctrine of God our Saviour, the Gospel-doctrine, supposes that man is a sinner. It is a faithful saying, and worthy of the best and all acceptance and reception, that Christ Jesus came into the world (on this very errand and for this purpose) to save sinners (1 Timothy 1.15). The doctrine of repentance supposes also that man has done amiss (Matthew 9. 13). The doctrine of faith in another for righteousness and hope concludes man to be without righteousness and hope in himself (Ephesians 2.12,13). The end of Christ’s sending the Holy Spirit was that he might, in the first place, convince of sin (John 16.8).

These things being so, beside others which might be considered, it cannot but be extremely useful to let men see what sin is: how prodigiously vile, how deadly mischievous, and therefore how monstrously ugly and odious a thing sin is. Thus a way may be made

(1) For admiring the free and rich grace of God.

(2) For believing in our Lord Jesus Christ.

(3) For vindicating the holy, just and good law of God, and his condemnation of sinners for breaking it.

(4) For hating sin, and repenting for and from it, thereby taking a holy, just and good revenge on it and ourselves.

(5) That we may love and serve God at a better rate than we ever did in the little and short time of innocence itself.

(6) And, lastly, that this black spot may serve to set off the admirable, incomparable and transcendent beauty of holiness.

Joseph J.Adrian
5,0 su 5 stelle Sin-The Transgression Of The Law Of God
Recensito negli Stati Uniti 🇺🇸 il 30 dicembre 2013
Acquisto verificato
The Puritans had an abundance of light in exposing sin for what it truly is.A few of their exceptional works are:Precious Remedies Against Satan's Devices by Thomas Brooks,John Owen's books on Sin And Temptation,Jeremiah Burrough's 'The Evil Of Evils' and this Ralph Venning's masterful expose of sins nature and deceitfulness(which was originally titled 'The Plague Of Plague's).That man plays the fool is seen throughout 'The Book Of God'.If the fear of God is the beginning of wisdom,then many in our world are foolish indeed.Venning writes p.51"Till a man fears God,he only plays the fool." Is not the height of mans folly seen in-man either completely denying his makers existence,or living as if there were no supreme being to whom he is accountable,or wishing that this were possible(that God did not exist).The author uncovers some of man's foolish reasoning and that is this(he thinks there could be greater happiness for himself and his fellow man if God could be removed from the equation).-"There is no God,at least no happiness in knowing God,for if sin does not make men such atheists as to believe there is no God,yet it makes them such as to wish there were no God... ."

'God is angry with the wicked every day'(Psalm 7:11)-p.98 "Though judgement does not come every day,yet God is angry every day." Men foolishly postulate that because God is patient and long-suffering that His anger is abated and judgement will never come but death and judgement are absolute certainties.Fleeing to Christ for mercy is the only safe haven.

Sin opposes God in His nature,being and the exercise of His will.That God has a right to rule over His creatures any rational mind would concede.Sin would remove God from His throne(if it had the power to do so).Sinful men through out history have cast off His Sovereign rule over them.When Moses went to Pharaoh(the most powerful ruler on the earth at that time)to appeal to Him to let the Israelites go and worship the Lord their God,Pharaoh's response reveals mans arrogant heart towards 'the King of Kings'-'who is the Lord,that I should obey His voice to let Israel go.' Venning succinctly states "The voice and language of sin is,'our lips are our own,who is Lord over us.'(Psalm 12:4).Sinful man will not have God govern his creation according to His holy will but fallen sinful man desires autonomy,even though it leads to his own ruin.

Some think the Puritans were morbid and overly introspective,too negative in their thinking.A positive mental attitude is what leads to a happy and wholesome life,so many philosophize in our generation.So much dwelling on sin cannot be healthy and is ultimately much ado about nothing.That is certainly not the perspective that Biblical revelation gives us.The Banner of Truth editors were right on the mark in stating the importance of a right understanding of sin(on the back cover of the book)"we cannot understand the Christian gospel until we know what sin is".This book will be extraordinarily helpful in gaining an in-depth understanding of that which is at the root of man's depraved heart.
Leggi di più
4 persone l'hanno trovato utile
Segnala un abuso
Traduci recensione in Italiano

Aaron Gardner
5,0 su 5 stelle Venning: Sin Is Worse Than Death
Recensito negli Stati Uniti 🇺🇸 il 19 aprile 2011
Acquisto verificato
First published in 1666, The Sinfulness of Sin was written in the time of the Great Plague of London. Originally titled Sin: The Plague of Plagues, the book bolstered a demanding statement. It suggested that beyond any other human pain, even death, sin is the most serious of all epidemics.

I have to admit, this book has sat on my shelf for nearly two years because I feared its truth. The darkness of sin, while ever-present, is often veiled in the monotony of life. Sin is our default setting; sin often seems so reasonable. Just as Adam and Eve, we too often seek our own way and try to create a world that feels comfortable for ourselves, even though as we do we shun God's law and what he knows is best for us.

In reading this book during the final weeks of the Lenten season, it afforded me a challenging glimpse at not only my own guilt and failure, but a perspective of the suffering of Christ and the sacrifice he made on our behalf. Venning does a thorough treatment of Christ's own experience of living amongst sinful humanity, and how that alone for Almighty God much have been vexing. To live among us, then to take on that burden, becoming our sin, is all the more awe-inspiring!

Not only does Christ's amazing sacrifice cleanse us from sin, but it drives and motivates us to live for him. As Ralph Venning talks about sin, rather than feeling tormented by its description, in light of Christ's finished work it becomes a commission and motivation to strive to live more like him and to be a light to those seeking for their own salvation and freedom from sin.

This is definitely one of those books that I will be reading again. Venning draws a deep line in the sand, challenging us to live in such a way as to draw us to the heart of God, in spite of what the world may say to the contrary, all for the sake of the glory of God.
Leggi di più
11 persone l'hanno trovato utile
Segnala un abuso
Traduci recensione in Italiano
Visualizza tutte le recensioni
Segnala un problema
Questo articolo ha contenuti inappropriati?
Segnala
Credi che questo articolo violi un copyright?
Segnala
In questo articolo sono presenti problemi di qualità o di formattazione?
Segnala