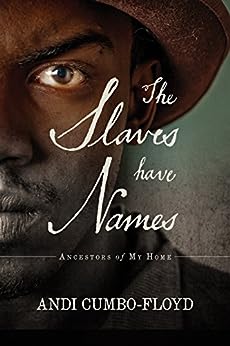 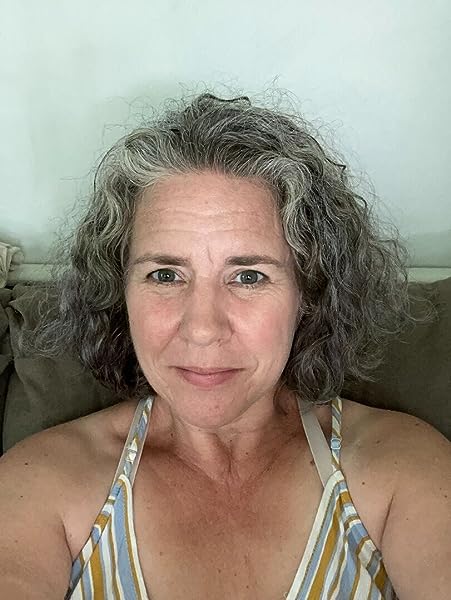 The Slaves Have Names: Ancestors of my Home (English Edition) Formato Kindle

Edizione Inglese di Andrea Cumbo-Floyd (Autore), Jennifer Luitwieler (a cura di) Formato: Formato Kindle
Visualizza tutti i formati ed edizioni
Sorry, there was a problem loading this page. Try again.
They lived with professors and waited on former presidents. They were masons and nurses, school teachers and field hands, 246 people owned by a man who struggled with the institution of slavery. Yet, almost no one knows their names.

When a white woman begins to study the history of the plantations these people built, the plantations where she was raised, she discovers that the silence around these people's lives speaks of a silence in her country's history . . . and in her own life.

Read this tale of American slavery and it's legacy here in the United States.
Leggi di più
Previous page
Next page

Andi Cumbo-Floyd is a writer, editor, and historian who lives at the edge of the Blue Ridge Mountains with her husband and young son. She spends as much of her time as possible researching the stories of enslaved people and finds some of her greatest joy in meeting their descendants. --Questo testo si riferisce alla paperback edizione.

Chad Thomas Johnston
4,0 su 5 stelle A Memoir that Uses History, Qualitative Research, Imagination, & Geography to Bring the Past to Life
Recensito negli Stati Uniti 🇺🇸 il 8 giugno 2014
Acquisto verificato
When Andi Cumbo set out to write the research memoir, "The Slaves Have Names," she faced the seemingly impossible task of bringing the largely forgotten past of Bremo Plantation—and specifically, the lives of its slaves—to life. But somehow, she succeeded in doing so.

The flow of the book reminds me a lot of a good documentary, interspersing cobbled-together historical remnants of the lives of slaves—sparse biographies that Cumbo fleshes out with fiction in order to further humanize her subjects—with exposition about the plantation, the research process, and the author's own reflections on her research.

Honestly, Cumbo asks a lot of the reader in some ways. To read the story of one slave after another, especially when the information available is skeletal at best, is often disorienting—a bit like trying to keep up with one of Robert Altman's ensemble casts in one of his more ambitious films. I'll put it this way: If you're one of those people who have trouble remembering the names of the people you meet at, say, a new church, you're going to be thumbing through the pages from time to time, trying to remember who is who. But at the same time, the aim of the book as a whole is clear and clever. It represents the heart of an author who is fascinated by the plantation's past, but also possessed of a heartfelt sorrow for its slaves and their lots in life.

One reviewer here criticizes the overly serious tone of the book, and Cumbo's "sanctimonious" thoughts about slavery. I must say, I am a bit baffled by this. A research memoir like this is anchored in place by a singular author's perspective, and if that author happens to find herself humbled by her subject matter, and inspired to write prose that captures her own feelings about what she is writing, I think that is most definitely allowed. Encouraged, even.

It is her singular perspective and her heart for her subject matter, in fact, that make the past—however tentative—spring to life in the present for the reader. What she builds by the end of the book feels a bit like a house of cards that might come tumbling down at any minute, but that fragility is part of what makes it intriguing to me. Cumbo reminds us that when we do not chronicle the past, we lose it. A lesson worth learning for anyone and everyone.
Leggi di più
5 persone l'hanno trovato utile
Segnala un abuso
Traduci recensione in Italiano

Eric Sheridan Wyatt
4,0 su 5 stelle Attempting to Tell Un-told Stories
Recensito negli Stati Uniti 🇺🇸 il 2 maggio 2014
Acquisto verificato
Names are important. And so are histories of people who are long gone. The past is both uniquely lived, and yet shared. In this book, Andi Cumbo-Floyd examines her own struggle to come to terms with the idea that so many people have slipped from this world without leaving a story, or sometimes anything much more than a name on a census form. In this case, Cumbo-Floyd focuses on those people who were enslaved on the land she grew up roaming, and how their lives of forced servitude continue to have impact on her life, today. The Slaves Have Names is equal-parts memoir, anthropological detective story, and an attempt to fill in the blanks of a people who were considered property and, therefore, unworthy of being accounted for in the same ways we might expect other people to be named. The author attempts to piece together scant evidence and provide the reader with one hint, one possible way, of viewing these un-knowable souls. As a teacher of Legacy/personal history writing, this book reminds me of how important it is for family members to leave something of their own stories in writing, to tell the tales they are both free to tell, and able to tell, for themselves. There are those, both in the populations of the enslaved peoples of the Americas and in other areas where poverty or lack of social position or dearth of education, who have slipped into history unaccounted for, and it should remind those of us who CAN, to take steps against such anonymity for ourselves.
Leggi di più
2 persone l'hanno trovato utile
Segnala un abuso
Traduci recensione in Italiano

Naomi
5,0 su 5 stelle Written very well, loved the way forgotten people get faces and names and stories again, told in a delicate way
Recensito negli Stati Uniti 🇺🇸 il 3 aprile 2016
Acquisto verificato
I love this book! Starting out on facts, the author weaves a story around characters. While not creating a fiction story, and keeping the line between fact and imagination very clear.

Not a fictional novel, neither is it a book with lots of factual information about any of the characters. a lot of facts were lost or simply never recorded.

It's like you're standing in the slave graveyard listening to Andi dreamily tell the stories of the people buried there. She starts out with facts and then tries to think of what it would have been like for that person, why they did certain thinhgs, how they felt... It's easy to get caught up in the story, as she paints a picture of someone who really lived but ho we know barely anything about.

Statistics are derived from numbers about people, but those people are and were never just a number, no matter what people treated them like. They were a life with tears, laughts, dreams.
Names on a list can at best be found on gravestones and it's not just a grave or a name; It's a life with a story, complex, and it's sad if they get forgotten.

I love these stories, and want them with as much fact as possible but not dry and factual. Andi does a great job of doing this gently and tactfully, admitting she doesn't know, but can only try to undertand, geuss, emphatize.
Leggi di più
Una persona l'ha trovato utile
Segnala un abuso
Traduci recensione in Italiano

Bethwj
4,0 su 5 stelle They have names, dreams, skills, families....
Recensito negli Stati Uniti 🇺🇸 il 16 dicembre 2013
Acquisto verificato
Before reading this book the word "plantation" meant a big wonderful house and a large field for growing crops that would support the needs of the family who lived there....but I hadn't thought through the harsh reality that the work being done was not by the family and not by ones who had free choice....SLAVE LABOR built the plantation and was the way it became successful for its owner. I knew this intellectually. If you had questioned me, i knew slaves worked the fields and labored in the house, but I did not realize the harsh reality that the existence of a plantation meant the advancement of slavery. The word is no longer a sweet thought of a way of life long ago, but the realization of the reality of the lives of people without choice because of a plantation. Andi brings the real people of the Bremo plantation to life. They had/have names and they had families and feelings, hopes and dreams, skills and talents. Andi richly describes what she discovered in research and imagined from her knowledge of the Bremo Plantation. She somehow made this difficult to justify time in our history into an easy, but very interesting and informative read. It is a great read for adults and juveniles interested in exploring American history or even human strength and resilience.
Leggi di più
6 persone l'hanno trovato utile
Segnala un abuso
Traduci recensione in Italiano
Visualizza tutte le recensioni
Segnala un problema
Questo articolo ha contenuti inappropriati?
Segnala
Credi che questo articolo violi un copyright?
Segnala
In questo articolo sono presenti problemi di qualità o di formattazione?
Segnala