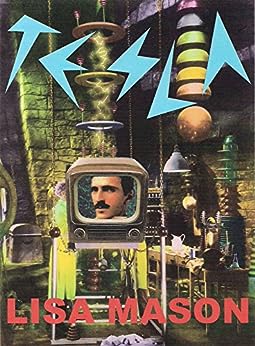 Nikola Tesla (1856--1943) was the pioneering genius who invented the AC electrical system that powers our world to this day, as well as radio, remote control, the automobile speedometer, X-ray photography, the AND logic gate that drives all our computer systems, and countless other devices and precursors to devices such as cell phones, television, and the Internet that we so effortlessly use today.

Strikingly handsome and charismatic, fluent in half a dozen languages, mathematics savant and master machinist, a reed-thin perfectionist who quoted poetry like a Victorian rapper, Tesla became one of the most famous men of his day. Friend of tycoons like John Jacob Astor and Stanford White and celebrities like Mark Twain and Sarah Bernhardt.

Yet Tesla was an intensely driven and lonely man, beset by inner demons, and cursed with a protean inventive imagination a century ahead of his time. He died in obscurity and poverty and, to this day, his story is not widely known. How did that happen?

Blending historical fact with speculative imagination, Lisa Mason explores the secrets of the Inventor’s inner life and his obsession with Goethe’s Faust set against the backdrop of sweeping technological changes at the turn of the twentieth century that have forever changed the world.

A list of Sources follows the Screenplay, which was read by the producer of “Aliens” and “The Abyss.” Another producer is currently reading this.

Her 2019 speculative novel, CHROME, is in print and an ebook. Her 2017 novel is One Day in the Life of Alexa (“An appealing narrator and subtly powerful emotional rhythms” Goodreads), also in print and ebook.