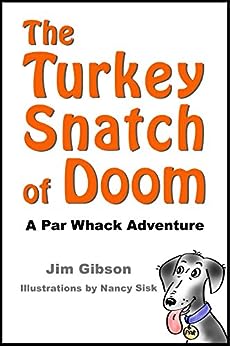 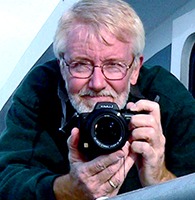 Does your family talk about your interesting relatives? Tell tales about crazy uncles or swap stories about odd aunts?

Of course! All families have lots of funny stories.

But most people don’t know that dogs have stories about THEIR families, too.

Laura would never have believed that dogs even HAVE thoughts. Would you?

But while Laura was quietly doing math homework one day, she heard a strange little voice.

At first she was a scared, since most fourth-graders don’t hear voices, but soon she figured out that her dog, Perdita, was transmitting “thought particles” directly into her brain.

And those dog thoughts were NOT like anything Laura would have ever imagined.

Can you imagine YOUR dog transmitting thoughts directly into YOUR brain? It could happen, you know.

The World, According to a Very Strange Dog

Soon Laura realized she was having an adventure no one else had ever had. She was getting crazy thoughts and crazierstories, from her DOG!

So . . . these books are the stories told by Perdita Whacknoodle. You’ve never read anything like it.

But most of Perdita’s craziest, most exciting stories are about her father, an adventurous—and possibly lunatic—dog she calls “Par.”

Par is rarely home at the farm. Instead, he’s out having BIG adventures, creating chaos and excitement in cities and towns all over the country.

Wherever Par goes, the police, sheriff, dog-catchers, and school principals are right behind him--trying their best to catch him.

To hear Perdita tell it, her scalawag father, Par, has AMAZING adventures. He steals a garbage truck, drives Farmer’s tractor, tries again and again to perform on the school’s stage, and quickly becomes the enemy of the pompous school principal, Mr. Wimpy.

And that's when their battles begin, and this first battle between Par and Wimpy ends with . . . the Turkey Snatch of Doom!

You'll quickly see that when Par battles with Mr. Wimpy, it's always a night the town--and readers--will NEVER forget!

Does YOUR dog have a secret life like Perdita's? Is that possible?

Could YOUR dog have endless funny dog stories about his crazy family? Could YOUR dog steal an entire turkey right from the stage . . . in the middle of the big Thanksgiving pageant? Par did, and (if Perdita is telling the truth) he got away with it for a fine Thanksgiving feast.

(Of course, Par had to eat fast since all the adults were looking for him. But Par invented the famous Snatch-and-Run technique, so quick chomps while running from the police is easy for him!)

One thing is sure: when you read Perdita’s funny books for kids, you’ll never, ever look at dogs the same way again.

If you just scroll up the page and click the BUY NOW button, you can be laughing at Perdita Whacknoodle's odd ideas in about two minutes if you have a Kindle, or you can order the brand-new paperback version in color or classic black-and-white. And since this is the first book in Perdita's series, it's very inexpensive--but the laughs are worth a lot!

Why not enjoy a few extra laughs this very day?

sam deitz
5,0 su 5 stelle Not Your Average Dog
Recensito negli Stati Uniti il 23 novembre 2012
Acquisto verificato
Perdita Whacknoodle is something else! Perdita is not your average dog. No, she has the ability to transmit her thoughts to one selected, young, human girl, Laura. She intends to make that girl much smarter by teaching her about the adventures of her very large, extended family. Perdita is not a kind, snuggly, warm-hearted dog. No, she is somewhat demanding and even irascible. She is convinced she is the smartest dog in the world. She is impatient with Laura's questions and is always right even when she twists facts and makes up new words. But her tales are rather remarkable. Much of the fun of this gem of a story is how Perdita gets so much confused and how Laura needs to try (mostly unsuccessfully) to set her straight. Each tale Perdita spins - and each word she creates - leaves the reader anxious to pose questions to the youngster with whom you are reading this book. Why did she do that? What really happened? What word do you think Perdita meant to use? I cannot wait to read this story with my grandchildren.
Leggi di più
Una persona l'ha trovato utile
Segnala un abuso
Traduci recensione in Italiano

Gallymanders
5,0 su 5 stelle Great for kids around age 10
Recensito negli Stati Uniti il 7 dicembre 2019
Acquisto verificato
I have read all of the Whacknoodle adventures to my kids. My son rates them "A yummy out of 10!"
I hope Perdita narrates more of them.

Maddie Faye Harris
5,0 su 5 stelle Awesome
Recensito negli Stati Uniti il 20 gennaio 2013
Acquisto verificato
I love this book. I love this book. Everyone should love this book. This book is about a "different" dog who transmits thought particles to her owner's brain. As she does so she tells the most ridiculous stories about her family and is a great book for all ages! READ THIS BOOK!!!!!!!!!!!!!!!
Leggi di più
Una persona l'ha trovato utile
Segnala un abuso
Traduci recensione in Italiano

Steve Sonnenberg
5,0 su 5 stelle Loved the book
Recensito negli Stati Uniti il 13 dicembre 2012
Acquisto verificato
I've always had a dog ever since I was a child. My family and I would often try to guess what our dog was thinking about a particular subject. This was the source of much humor in our family.
Jim Gibson has captured this imaginative perspective in his book about Perdita Not only is it highly entertaining, but it also gives us a persepctive on how we (humans) must look to someone whith a different perspective from ours - many life lessons to be learened here.
Anyone with a pet should read this book.
Leggi di più
Una persona l'ha trovato utile
Segnala un abuso
Traduci recensione in Italiano