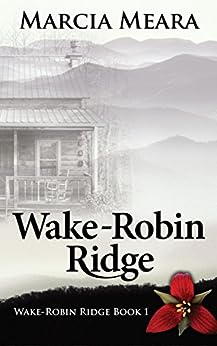 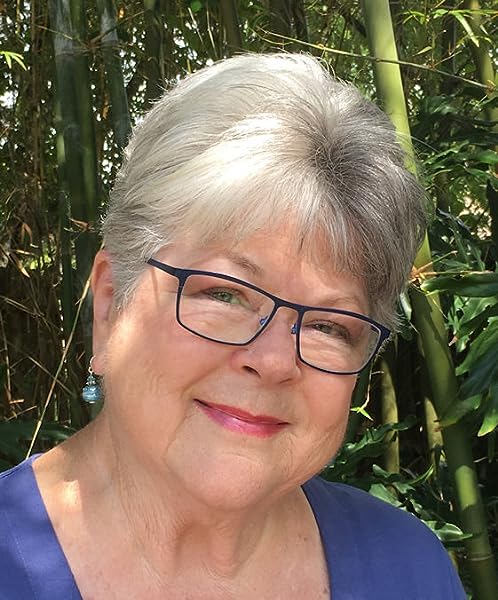 On a bitter cold January night in 1965, death came calling at an isolated little cabin on Wake-Robin Ridge. Now, nearly 50 years later, librarian Sarah Gray has quit her job and moved into the same cabin, hoping the peace and quiet of her woodland retreat will allow her to concentrate on writing her first novel. Instead she finds herself distracted by her only neighbor, the enigmatic and reclusive MacKenzie Cole, who lives on top of the mountain with his Irish wolfhound as his sole companion.

As their tentative friendship grows, Sarah learns the truth about the heartbreaking secret causing Mac to hide from the world. But before the two can sort out their feelings for each other, they find themselves plunged into a night of terror neither could have anticipated. Now they must unravel the horrifying events of a murder committed decades earlier. In doing so, they discover that the only thing stronger than a hatred that will not die is a heart willing to sacrifice everything for another.
Leggi di più
Previous page
Next page

Marcia Meara lives in central Florida, just north of Orlando, with her husband of over thirty years, four big cats, and two small dachshunds. When not writing or blogging, she spends her time gardening, and enjoying the surprising amount of wildlife that manages to make a home in her suburban yard. At the age of five, Marcia declared she wanted to be an author, and is ecstatic that at age 69, she finally began pursuing that dream. Three years later, she’s still going strong, and plans to keep on writing until she falls face down on the keyboard, which she figures would be a pretty good way to go! Marcia has published five other books to date, all of which are available on Amazon in both print and Kindle format: Wake-Robin Ridge A Boy Named Rabbit: Wake-Robin Ridge Book 2 Swamp Ghosts: A Riverbend Novel Finding Hunter: Riverbend Book 2 Summer Magic: Poems of Life & Love --Questo testo si riferisce alla paperback edizione.

CathyR
4,0 su 5 stelle Great story, looking forward to following the series
Recensito nel Regno Unito 🇬🇧 il 5 luglio 2016
Acquisto verificato
4.5*
Two women, two stories, fifty years apart, their lives connecting in a terrifying way. Ruth and Frank met in the 1960s when Ruth escaped from an abusive husband and settled in a little cabin on Wake-Robin Ridge. Ruth thought she was safe and could at last find happiness when she met Frank, but it wasn’t that easy to remove Lloyd from her life. Her husband, Lloyd Carter, himself an abused child which shaped him into the man he was to become, had been imprisoned for multiple charges, including assault with the intent to kill. Ruth took her chance and made the break for freedom, taking Lloyd’s money and car. From prison, Lloyd employed his cousin to keep an eye on things for him. When he learned what Ruth had done his anger knew no bounds and he swore revenge. While he served his time, he plotted and planned, and two years later he was paroled. That’s when Ruth’s nightmare began.

Fifty years later, aspiring author Sarah Gray is working in a library in Florida, as a cataloguing and research assistant. Until one day she has a flash of realisation. She is financially secure, with no need to work, especially at such a dreary, uninspiring job. She needs to move her life forward and realise her dream of a writing a book. With that in mind, Sarah decides on a move to the mountains of North Carolina, a place she loves. There was nobody in Florida who would miss her, or that she would miss, apart from her best friend, Jenna.

What Sarah didn’t count on was the complication of meeting the complex and solitary MacKenzie Cole, who has a heartbreaking tragedy in his past, causing him to be reclusive. Sarah and Mac have a less than promising first meeting when Mac’s dog, Rosheen, a huge Irish Wolfhound, slips her lead and ends up at Sarah’s cabin. I would have loved to have been witness to the resulting meeting between Rosheen and Sarah’s cat, Handsome!

A really accomplished and skilfully written debut novel. Sarah and Mac’s story is intertwined with flashbacks to Ruth’s tragic life. The engaging characters and scenic setting are so well defined and beautifully described. There’s a wonderful sense of place and I had clear images running through my mind while reading. The author’s love of the mountains, with it’s forests, trails and rivers, shines through. A lovely touch to take the title from a pretty sounding species of spring flower, native to the mountains, with deep red blossoms called Wake-Robin.

This is my third book by Marcia Meara and, like the others, it’s a well-balanced mixture of romance, mystery and suspense with strong, distinct characters, this one with an added extra, a supernatural twist which I love. There’s evil and a hate so deep on Wake-Robin Ridge that even death can’t stop it.
Leggi di più
Segnala un abuso
Traduci recensione in Italiano

MacTrish
5,0 su 5 stelle Poignant romance laced with real and eerie terror
Recensito nel Regno Unito 🇬🇧 il 6 gennaio 2018
Acquisto verificato
If you like tender romance spiked with a dash of fear and the supernatural then this book is for you. There are two love stories in the novel.One is poignant and set in the past, the other has a modern setting and wonderfully describes the inner turmoil and insecurities when attracted to someone new. There's malevolence, too, which threatens both the old and the new but I'll say no more to avoid spoilers!
Marcia Meara has a superb eye for detail and describes mannerisms in the characters and in their quirky pets which give a 'real' feeling to the book. She also brings the Wake-Robin Ridge area to life, the descriptions skilfully woven into the plot.
The pace of the book is frequently gentle and unhurried which makes the terror all the more shocking in contrast with its sudden and rapid escalation.
I'm moving on to the second book in the series now!
Leggi di più
Segnala un abuso
Traduci recensione in Italiano

Janet Gogerty
5,0 su 5 stelle Even the two dogs will steal your heart in this gripping story.
Recensito nel Regno Unito 🇬🇧 il 5 agosto 2016
Acquisto verificato
'A great story teller' was my first impression as I quickly got into this story, or rather two interwoven tales. I enjoy novels set in more than one time and in this book the chapter headings helpfully tell us when and where we are. I have never been to the USA and if I ever get there I would rather visit Wake-Robin Ridge than Disneyland! This is a rounded tale, a romance and ghost story, but also a delightful journey to a beautiful part of the USA. Two very different love stories and four very different lives. I was so involved, that half way through the novel I thought I had misread that it was also a ghost story, so when the first paranormal event occurred it came as a complete shock. Without giving anything away, the description of that first night of terror was more vivid than any horror movie. If I did visit the Blue Ridge Mountains, I would certainly not stay by myself! I look forward to reading more by this author.
Leggi di più
Una persona l'ha trovato utile
Segnala un abuso
Traduci recensione in Italiano

Whatamess
5,0 su 5 stelle Loved it!
Recensito nel Regno Unito 🇬🇧 il 15 settembre 2014
Acquisto verificato
Another vote for this book. I loved it, couldn't put it down. I wondered if it was going to go downhill when the "ghost" appeared but it didn't. I'll definitely read more by this author.
Leggi di più
Segnala un abuso
Traduci recensione in Italiano