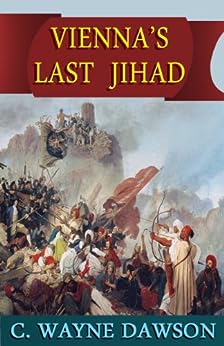 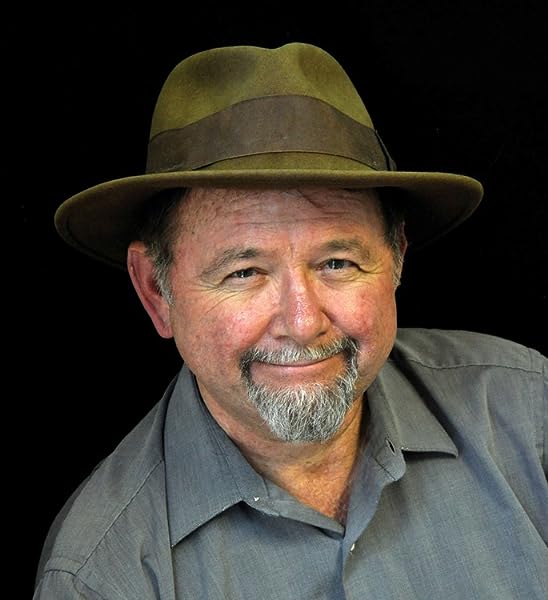 Brash and brilliant, twenty year old Mathis Zieglar, Professor of Languages, faces an agonizing choice: should he fight the Turks who take his family hostage and move to destroy Vienna? Or should he betray his army to save his kin? Vienna’s Last Jihad is an historical novel set against the 1683 siege of Vienna.

Europe is balanced on a knife’s edge while Mathis, the man who holds its fate in his hands, struggles against powerful enemies: Father Sistini, a Jesuit who brands him a heretic and drags Mathis’ fiancée off to the Inquisition; a xenophobic city mob, who wants him dead for protecting a Hungarian soldier; but most dangerous of all, Captain Tyrek, a Muslim chieftain who will kill Mathis’ family unless he spies against his own army. One by one, Tyrek’s agents murder Mathis’ closest associates in an attempt to isolate him. As 138,000 Turks grind down Vienna’s 11,000 defenders with no relief in sight, Mathis’ only chance to save family and country is to use his ability to speak Tartar and the knack he learned as a child to leap, whirl like an unwinding mainspring, and strike.

Dawson’s characters leap from the page, orient the reader, and immediately begin to unfold the drama of Vienna’s Last Jihad. The personalities draw you into their times and circumstances and, in near-Shakespearean roles demonstrate frustration, betrayal, amazing trust, and philosophical brilliance. The drama educates the reader in matters of history and warfare, from the intricacy of armaments and fortress design, to the brutality of combat as well as the politics of the times. You are there and Europe must turn back the Ottoman Empire, but Europe is behind and Vienna, the linchpin in Europe’s defense, is at great risk! At one point our characters have conducted a raid into the enemy camp, kidnapped an important warrior and seek to interrogate him.The individual is hung upside down and the customary torture begins. Mathis and Tannenberg cut him down with Mathis saying “I’m doing the right thing....Killing a man in battle is one thing. This stinks.” This brings to center stage the seminal question of: “How can we (as a civilized society) fight, and win, against a society that is so fundamentally different from ours, without so changing ourselves in the process that we might as well have lost in the first place?” This battle within the characters is their Jihad, and the question persists in our circumstances today. The book is worth your read. It is first and foremost entertaining and high, fast-paced drama. It is also history, as history should be taught -- in the circumstances in which it was created. And finally it deals with fundamental dilemmas we face today, but done in a manner just enough removed from today’s circumstances to be instructive. Good stuff. A must read. And I am ready for Dawson’s next book!
Leggi di più
Previous page
Next page

C. Wayne Dawson writes for The Williamson County Sun and has written for History Magazine, Focus On Georgetown, and SAFVIC Law Enforcement Newsletter. In 2012, he founded Central Texas Authors, a collaborative literary group. He was an Adjunct Professor of History for ten years at Mt. San Antonio College where he created the Chautauqua program. There, he enlisted scholars, government officials, and activists to discuss and debate social policy before the student body and the media. In 2009, the students of Phi Theta Kappa Honor Society honored him with the Glaux Mentor Teacher Award for bringing the Chautauqua program to Mt. SAC. He currently lives in Georgetown, TX with his wife and two dogs. http://www.waynedawson.com/ --Questo testo si riferisce alla paperback edizione.

LDC
4,0 su 5 stelle An absorbing read...
Recensito nel Regno Unito 🇬🇧 il 12 agosto 2016
Acquisto verificato
This was absorbing fiction with a lot of research behind it which helped as I knew nothing about the period. It certainly persuaded me to find out more. The descriptions of battle and tactics were pitched at exactly the right level so I could picture it and the characters were fleshed out well. Why not 5 stars? I felt the main character's reaction to certain things was skewed rather unrealistically to fit the plot so he brushes aside a broken ankle one minute and an arrow wound in his thigh the next, yet suffers from PTSD type symptoms a great deal but still manages to cope with extraordinary feats of heroism. The constant mention of the 'darkness' started to become irritating after a while as it never stopped him, was very convenient and didn't serve any purpose as far as I was concerned. Just my opinion of course! I'd like to read more from this author though.
Leggi di più
Segnala un abuso
Traduci recensione in Italiano

J. Glenn Bauer
4,0 su 5 stelle Good, interesting story
Recensito nel Regno Unito 🇬🇧 il 14 febbraio 2014
Acquisto verificato
Very interesting read. Very active plot, that kept you alert all the time. I haven't read many novels covering these invasions and am glad I read this one. It's not as easy as it might seem to create believable characters from centuries ago. There is just so much we do not know. However the author has done a commendable job in Vienna's Last Jihad.